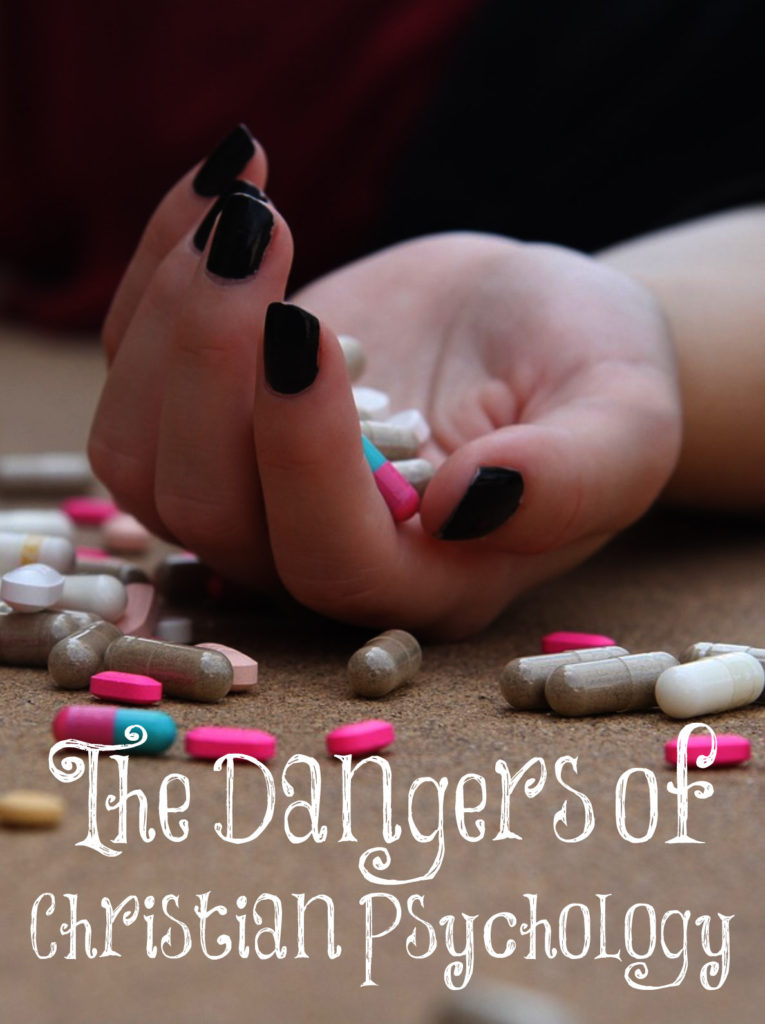 Years ago, Ken and I went to a counselor/psychologist in hopes of healing our marriage. He wanted to know all about my childhood and past hurts. In pondering this method and reading a book by Dave Hunt called “Beyond Seduction: A Return to Biblical Christianity,” I can now see why most psychologists and counselors don’t help. Instead of addressing sin in the couple’s lives, they want to find the source of the sin and deal with that instead.

“Christians who turn from God and His Word to psychotherapists for help with depression forsake ‘the fountain of living waters’ to drink from the polluted, unsatisfying, and even harmful ‘broken cisterns that can hold no water’” (Jeremiah 2:13).

I shared this on my Instagram and was hit with many angry women who vehemently disagreed with me. So, I tried to reason with them by writing the following:

King David had many times of great depression, but he didn’t heal his mind through drugs or running to a psychotherapist. No, he renewed his mind with truth. He reminded himself who was in control and that he could trust God Almighty with his life. He became thankful rather than fearful.

Our actions flow from our thought life. This is why God speaks about what we dwell upon and commands that we renew our minds with truth. Most of what you hear from the world are lies. Most are living in rebellion to God. This is why depression and suicides are skyrocketing.

Be immersed in God’s Word! Take every thought captive to the obedience of Christ! This is how we gain a sound mind (2 Timothy 1:7), not through anything the world has to offer.

If anyone could be depressed and suicidal, it would be me. Thirty year of severe pain, hundreds of sleepless nights (singing hymns in my mind over and over again got me through), almost died a few times, missing out on holidays, vacations, and birthdays, feeling poorly all throughout the years of raising my children, a radiated to death pituitary so zero hormone production, and a brain tumor that may eventually kill me.

Whenever I felt myself sinking into a pit of depression, I would renew my mind with truth. The joy of the Lord is my strength, and I can do all things through Christ who strengthens me. This would immediately pull me out. His Word is powerful, women!

“As a result of the influence of psychology, the pure gospel and the practical application of the cross in daily life have been undermined” (Dave Hunt). As if man knows better than God our Creator. As if man’s ways are superior to God’s. “Christian psychology is an attempted balancing act, with one foot upon the solid Rock, Jesus Christ, and the other on the sinking sand of humanism.

“Instead of purging out the leaven, the church is granting increasing credence and honor to psychology. Christians are asked to accept psychology as a new source of truth and put it on an equal footing with God’s Word. Its psychology is as unstable as water. Its false gospel continually changes as its conflicting theories ebb and flow and its gurus come and go. Nevertheless, these illegitimate prophets who are worshiped in the secular world are influencing Christianity.

“In summary, by accepting a ‘new interpretation’ of the Bible that comes from outside and cannot be supported by the Scripture themselves, the church has embraced an alien gospel administered by a new class of priests supported by humanistic authority. With its own vocabulary and rituals and academic knowledge, this new clergy has gained authority over those who know only God and His Word and are thus no longer qualified to counsel from Scripture.” (Dave Hunt)

Many in the churches do need personal, marriage, and family counseling, but it must be biblical (speaking the truth in love) and not psychological. The more regular Christians like you and me study the Word and understand Truth thus growing in wisdom, the better we’re able to give biblically, sound counsel to those who are hurting. I mentor women on a daily basis. All of my counsel to them revolves around God’s Word, since I know His ways are higher than my ways.

Drugs for depression should be a last resort, since they are highly toxic to the human body and the side effects can be depression and suicide. Plus, they are very hard to withdraw from. There are people who are still having withdrawal symptoms from them years after going off of them. Seek to replace the lies you’re believing with truth instead. Eat as healthy as possible. Get exercise and sunshine. Do all you can to stay far away from the drugs.

According as his divine power hath given unto us ALL things that pertain unto life and godliness, through the knowledge of him that hath called us to glory and virtue.
2 Peter 1:3