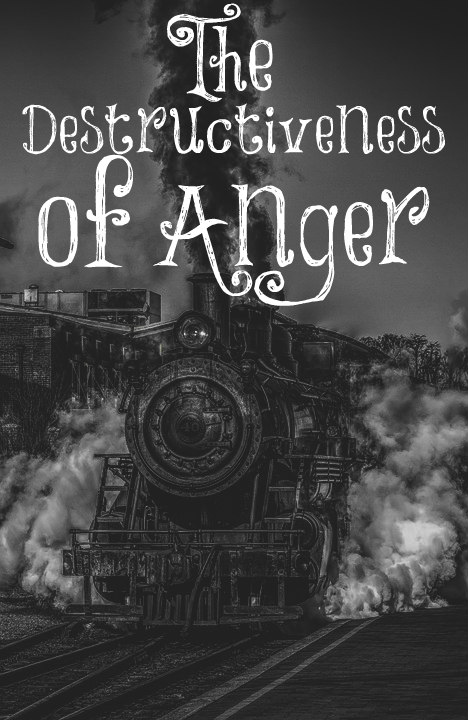 Yesterday, I had to take my daughter to get her car that had been fixed. We stopped at a major intersection and an older white woman was walking slowly across the intersection in front of us. A young Mexican woman on the corner was holding up a sign. It looked like a bunch of scribble but I am thinking it was something about Black Lives Matter since this is common these days.

As the white woman neared the corner, all of a sudden the Mexican woman began screaming at the white woman and physically assaulting her. She was pushing her so hard that we feared she was going to push her into the oncoming traffic. This went on for a short time, then the white woman turned and began crossing the intersection back in front of us.

I don’t know what the white woman said to the Mexican woman, but there’s no excuse to begin physically assualting someone because you don’t like what they said. We live in an angry time right now. Many, many people live their lives as angry people. BLM/Antifa are being run by recruiting angry people. Children who come from divorced families, which are many, grow up to be angry. Neglected children grow up to be angry. People are angry over politics, Christianity, and almost anything else they can find to be angry about. Claiming a victim status causes people to be angry.

Living in a perpetual state of anger is an awful place to live. In my younger years, I was often angry at my husband. Anger takes away peace from your life. It doesn’t accomplish anything good. Yes, there is righteous anger but the only things we should be angry about are sin and Satan, yet we can’t allow this anger to harm others or allow it to linger. Give it quickly to the Lord and leave it there.

Cease from anger, and forsake wrath: fret not thyself in any wise to do evil. (Proverbs 37:8)

For the wrath of man worketh not the righteousness of God. (James 1:20)

He that is soon angry dealeth foolishly. (Proverbs 14:17)

If you have a problem with anger, begin memorizing Scripture dealing with anger. Don’t allow it to control you! Peace is a wonderful thing, and Jesus Christ died to give you peace. Dwell on the good and the lovely and remind yourself often that godliness with contentment is great gain. Many things in this culture (the news, social media, politics, and Hollywood) do what they can to keep people perpetually angry.

Anger steals our peace and joy. Don’t allow anything to steal your peace and joy. This is why we are commanded to keep our eyes on things above and to set our affections on things above and not on this earth (Colossians 3:1,2). Renew your minds daily with God’s Word and take every thought captive to the obedience of Christ. If you are a believer in Jesus Christ, His Spirit works mightily within you and you can do ALL things through Christ who strengthens you. Pursue peace with all men (Hebrews 12:14) and don’t allow Satan to gain a foothold in your life.

Let all bitterness, and wrath, and anger, and clamour, and evil speaking, be put away from you, with all malice: And be ye kind one to another, tenderhearted, forgiving one another, even as God for Christ’s sake hath forgiven you.
Ephesians 4:31,32

5 thoughts on “The Destructiveness of Anger”