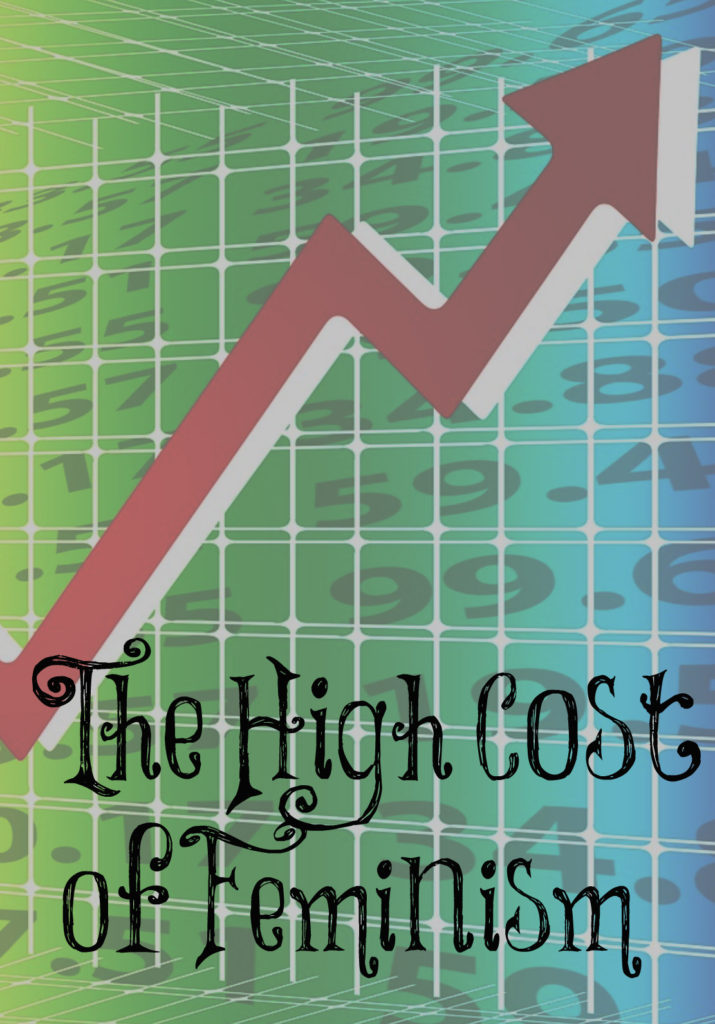 In 1963 Betty Friedan wrote the The Feminine Mystique. It described a widespread discontent among women. She concludes her first chapter with: “We can no longer ignore that voice within women that says: ‘I want something more than my husband and my children and my home.’”

What was the “something more?” Friedan claimed it was a career. “The problem that has no name” stemmed for a woman’s single path of fulfillment namely being a wife, mother, and a keeper of the home. This, argued Friedan, didn’t allow women to grown full humanity.

For a woman to become, she must liberate herself from the “conventional picture of femininity.” Only then will she “finally [begin] to enjoy being a woman.” They must pursue the “creativity” that allows them to find their potential or they’ll remain “less than fully human.”

This was a lie. Friedan wasn’t your average housewife. She was leftist radical involved in union activities in 40s-50s. Even during her marriage, she had a part-time career as a traveling freelance journalist. She wasn’t some chained-down housemother. That was a marketing ploy.

Also, this “widespread discontent” could be better be described as the discontent present among some college-educated, white, middle-to-upper class who found conventional femininity boring. Friedan was trying to mainstream her discontent. Misery loves company.

Much of Friedan’s argument relies on other discredited intellectuals of her time. For example, she pulls much from Margaret Mead’s “Coming of Age in Samoa” to argue for a nascent version of sexual fluidity (aka sex is nurture, not nature). But, much like Friedan, Mead lied.

Friedan’s vision has largely come to past. All career paths are open to women. Work force integration is a reality. It isn’t the “career woman” that is looked down upon. It’s the “poor” housewife and mother. All that discontent should be declining, right?

It shouldn’t surprise us that alcohol abuse, drug abuse, and mental illness are exploding disproportionately among women.

Women are unhappy. The easy way to manage this unhappiness is to medicate and deny.

Reality is “hurtful.”
The pain is too much.

Friedan lied. Feminism lied. Feminism failed. It didn’t lead to freedom but a prison. Anyone seeking to wake women up and help them to face the reality of their situation will be resisted and demonized.

God’s design is the surest path to happiness. Marriage and motherhood are good. Men aren’t the competition. The sexes exist as a complement to each other. Don’t kick the can down the road. Embrace the goodness of femininity now. You can miss out and you don’t want that.

***”Women have been brainwashed to believe that the absence of a titled, payroll occupation condemns a woman to failure, boredom, and even imprisonment within the confines of the home. Although feminism speaks of liberation, self-fulfillment, personal rights, and breaking down barriers, in reality, these phrases inevitably have produced the opposite. In fact, a salaried job and title position can inhibit a woman’s natural nesting instinct and maternity by inverting her priorities so that she almost inevitably experiences failures in her life in the arena that should be most important, that is, in the fashioning of an earthy shelter for those whom she loves most and in the rearing of her own children.” (The Christian Homemaker’s Handbook)

37 thoughts on “The High Cost of Feminism”