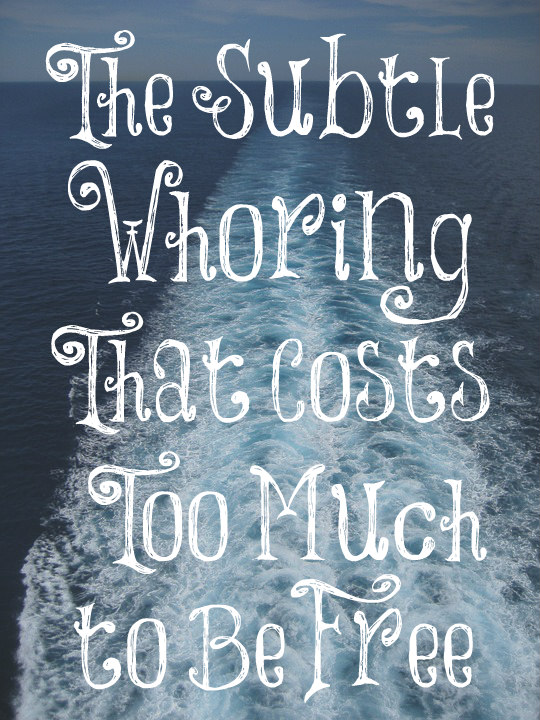 A song called I’ve Never Been to Me was written in 1977 but didn’t become popular until 1982. I remember listening to it when I was young but never paid much attention to the words. Ken randomly began singing this song on our walk the other day and told me how much he loved it when he was a teenager so we listened to the song. When Charlene sang the paragraph that I highlighted in bold below, tears sprung to my eyes. How could I have missed these beautiful lyrics (except for the part about fighting with our husband)?

Hey lady, you, lady, cursin’ at your life
You’re a discontented mother and a regimented wife
I’ve no doubt you dream about the things you’ll never do
But I wish someone had a talked to me like I wanna talk to you

Ooh I’ve been to Georgia and California, oh, anywhere I could run
Took the hand of a preacher man and we made love in the sun
But I ran out of places and friendly faces because I had to be free
I’ve been to paradise, but I’ve never been to me

Please lady, please, lady, don’t just walk away
Cause I have this need to tell you why I’m all alone today
I can see so much of me still living in your eyes
Won’t you share a part of a weary heart that has lived a million lies

Oh I’ve been to Nice and the isle of Greece
While I sipped champagne on a yacht
I moved like Harlow in Monte Carlo and showed ’em what I’ve got
I’ve been undressed by kings and I’ve seen some things
That a woman ain’t s’posed to see
I’ve been to paradise, but I’ve never been to me

Hey, you know what paradise is? It’s a lie. A fantasy we create about
People and places as we’d like them to be. But you know what truth is?
It’s that little baby you’re holding, and it’s that man you fought with
This morning, the same one you’re going to make love with tonight.
That’s truth, that’s love

Did anyone even listen to or learn from the lyrics? It’s pretty much what God commands that I teach! The first comment under this video of the song was written by Melody, “I was married for 16 years to my high school sweetie and we had two precious babies. I ended that because I wanted more. I should have been satisfied with what I had. A wonderful family. But, I ran after dreams. That took me nowhere. I long for the other babies that I should have had. So, this song just isn’t about what you think. It’s simple. It about being stupid and running after dreams, when your dreams are right at home.”

God’s ways are truly best. Even honest unbelievers admit to this being true. Way too many women are spending their lives exploring the subtle whoring that cost too much to be free. I am here to try to convince you that your dreams are right at home, dear women.