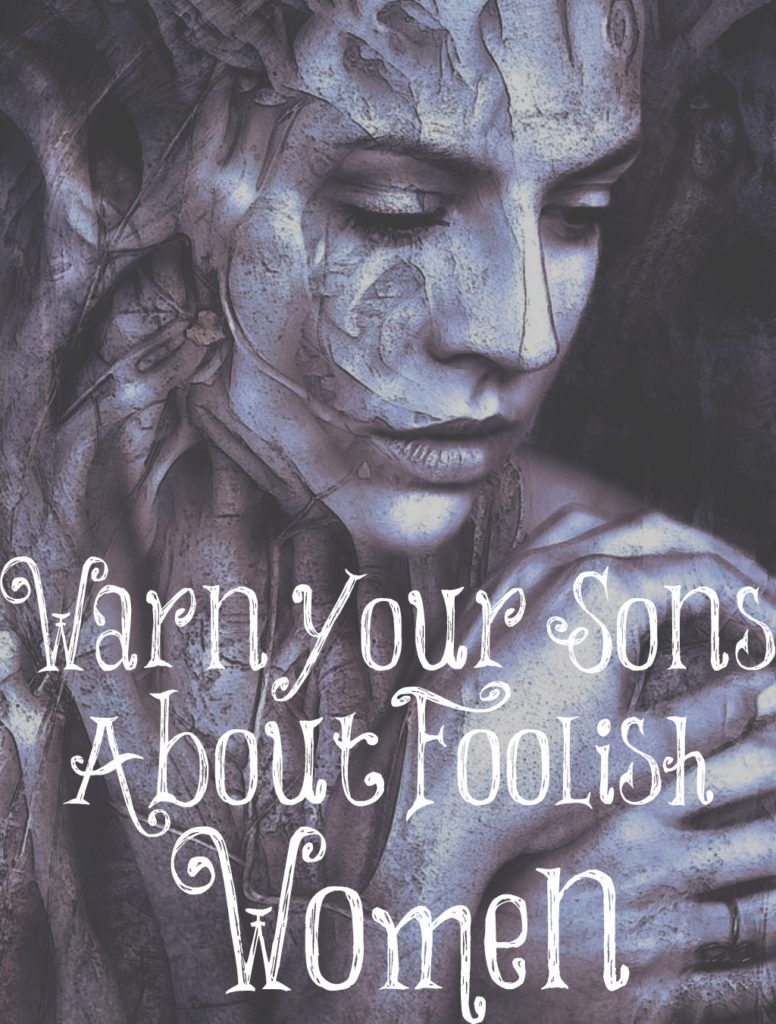 Toby Sumpter in a YouTube video called “Do Not Give Your Strength to Woman” taught some interesting things about the feminists origins. Feminism makes women foolish. I have summarized what he taught.

The goal of the feminist movement was to destroy the family by destroying the American Patriarchy. How? By destroying monogamy through promiscuity, pornography, prostitution, and homosexuality. These were the goals of NOW from the beginning. They needed the utter deconstruction of society by infiltrating every area of influence in America. They have effectively conquered their goal. The biblical model of a family is rare these days.

The leaders of feminism believed that a monogamous, heterosexual marriage was oppressive. From 1971 onward, universities began training students to despise the Christian family, specifically to despise men.

Men are warned in Proverbs 31:3 to NOT give away their strength to women. Many strong men have been taken down by promiscuous women and all types of fornication, just as Solomon’s wives turned him from God’s way and he built idols for them. Samson’s strength was taken away by giving into a woman. Sexual disobedience leads to men becoming powerless.

We’re told in Proverbs 20:29 that the glory of young men is their strength. Men are exhorted to be strong, be vigilant, act like men, and stand firm (1 Corinthians 16:13). Men’s strength is to be used for the protection and provision of women, children, and nations.

After I was done listening to half of the sermon and typing this up, I found it all written out on Toby’s blog. It’s a great article for men to read. Have your sons read it, mothers!

Your sons must learn the differences between a wise woman and a foolish woman. There are many foolish women, even in the churches. They are on the prowl to take good men down. They don’t know God’s Word. They only know the ways of the world. They are entertained by the wickedness of the world. They dress and act like the women of the world. They don’t consider long-term consequences. They live for the here and now. They are takers and not givers. They are self-centered and live only for themselves. They use their bodies to entice and destroy men. Feminism makes women foolish with foolish desires. Warn your sons about these kinds of women!

They must be taught to seek out godly women who love the Lord and His ways. Teach them to make sure to marry a woman that wants to be married, understands her role in marriage, wants to have children, and be the one home to raise them. Most young women are career-oriented women, since this is all they’ve been taught. Teach them to find a woman that isn’t career oriented but family-oriented instead. They also want to find a woman who is a homemaker, who knows how to run a home and enjoys being home. Mothers, raise your daughters to be these kind of women.

“The woman whose life does not center around her home and the well-being of her family and who is constantly darting from one place and one activity to another is more vulnerable to becoming entangled in immoral relationships and is more likely to entice men who are vulnerable themselves. The greatest spiritual, moral, and emotional protection a woman will ever experience is found when she is content to stay within her God-appointed sphere.” (Nancy Leigh DeMoss from “Biblical Womanhood in the Home”)

Give not thy strength unto women, nor thy ways to that which destroyeth kings.
Proverbs 31:3