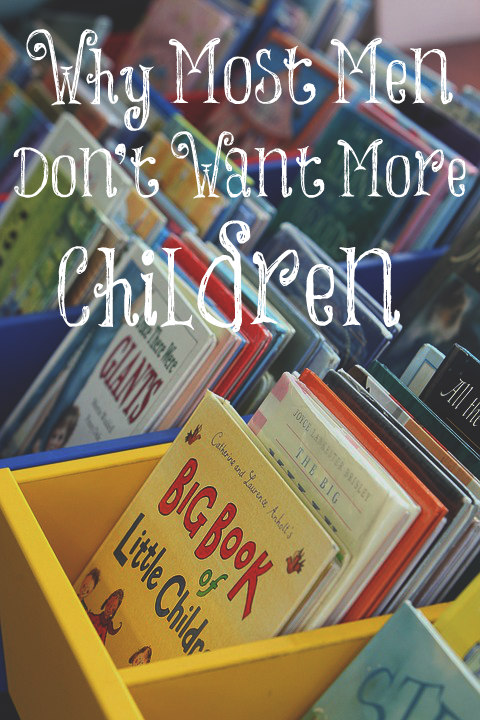 Thirdly, the wives don’t discipline their children to make them enjoyable for their husbands to be around them. They don’t teach them to not yell in the house, to not fight with their siblings, and the children don’t obey. The husbands don’t enjoy their children since their wives make little to no effort to discipline and train them while they are home all day with them. Wives are with the children much more than their husbands so most of the discipline and training needs to be done by them.

Husbands who work hard to provide for their families carry a heavy burden. Yes, being a mother is difficult, too, but a mother at home gets to set her own schedule. She can train her children to help her as they get older. If she doesn’t feel good, she can rest on the couch and watch the children. Her days are full of variety with cleaning, cooking, training, teaching, shopping, going to the park, taking naps, and whatever else she decides to do. Plus, the children grow up and her life gets easier but her husband must bear the responsibility of providing for the family for many more years.

When husbands are the providers and wives are the keepers at home, each one knows their roles and things run along smoother. Life is better for both when they don’t have to bear the burden of the other’s role. Yes, there may be some circumstances when the one needs the other to help in their role (such as during sickness or injury) but other than these, it’s best to find contentment in the role the Lord has given to you and depend upon His strength and His grace to accomplish what He has called you to do.

28 thoughts on “Why Most Men Don’t Want More Children”