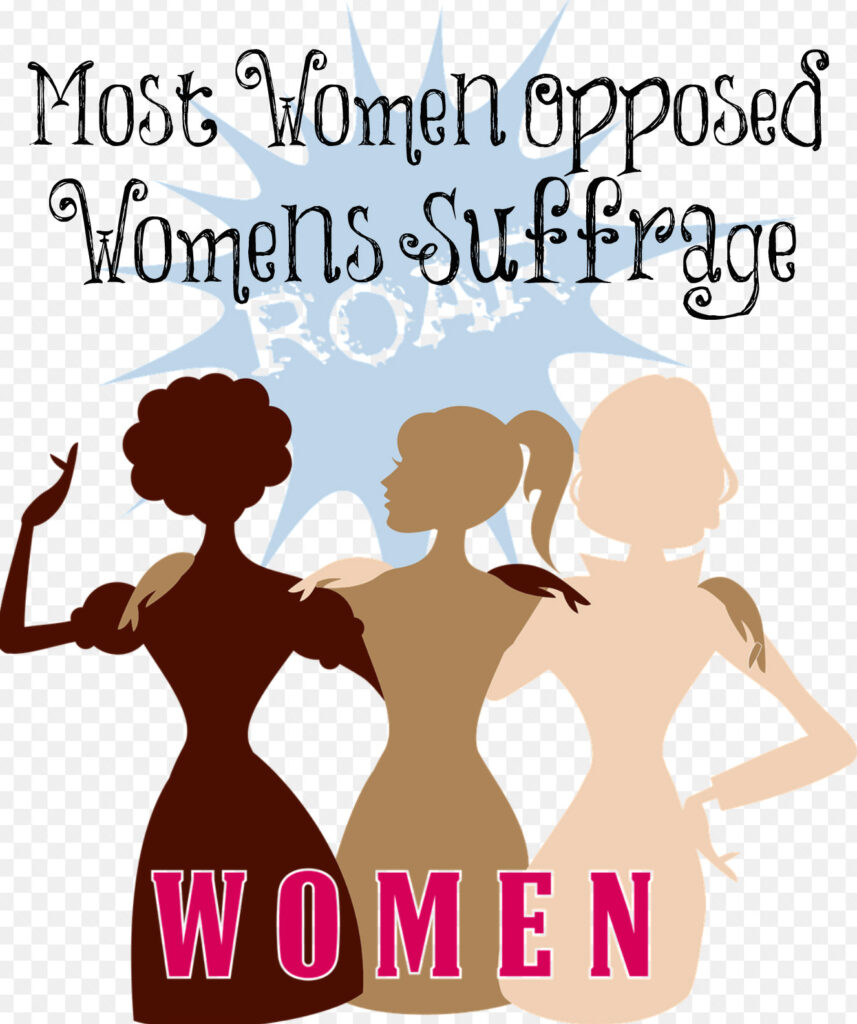 Did you know that most women opposed women’s suffrage in the mid 1800s and early 1900s? Here are the reasons why they did: 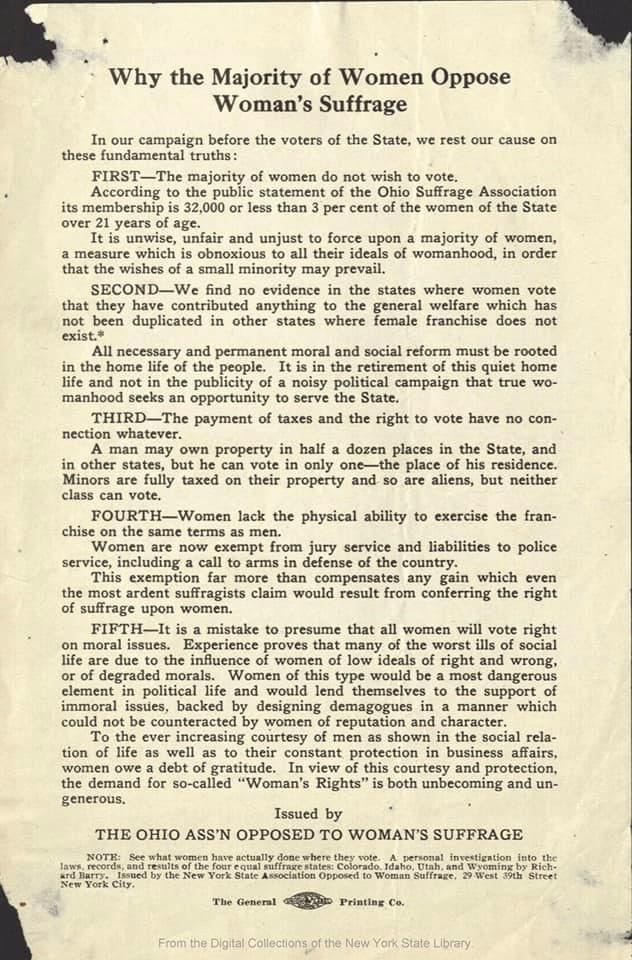 Only 3 percent of the women in Ohio, Colorado, Idaho, Utah, and Wyoming wanted to vote. “It is unwise, unfair, and unjust to force upon a majority of women, a measure which is obnoxious to all their ideals of womanhood, in order that the wishes of a small minority may prevail.” It seems it’s always the wicked, small minority that prevail. We can see this happening even in our culture.

“All necessary and permanent moral and social reform must be rooted in the home life of the people. It is in the retirement of this quiet home life and not in the publicity of a noisy political campaign that true womanhood seeks an opportunity to serve the State.” It grieves me to see so many Christian women running for political office, especially those with a family. It should be men who are doing this. When women leave their posts, society crumbles as we are seeing today. No one can take the place of a woman in her home.

“Women lack the physical ability to exercise the franchise on the same terms as men.  Women are now exempt from jury service and liabilities to police service, including a call to arms in defense of the country. This exemption far more than compensates any gain which even the most ardent suffragists claim would result from conferring the right of suffrage upon women.” This was back when women understood that they were the weaker vessel, and they appreciated men being the stronger ones. The fight for women’s rights has made women’s life so much worse. Most women don’t want to be on jury service, policemen, or in the military. They understand that these are men’s roles. Women belong in their homes!

“It is a mistake to presume that all women will vote right on moral issues. Experience proves that many of the worst ills of social life are due to the influence of women of low ideals of right and wrong, or of degraded morals. Women of this type would be a most dangerous element in political life and would lend themselves to the support of immoral issues, backed by designing demagogues in a manner which could not be counteracted by women of reputation and character.” We can see this clearly with abortion. The first seven books of Proverbs warns about evil women, and then there’s Jezebel. There’s also the verse about foolish women tearing their homes down. God did not create women to run society. He created men to do so. Yes, there are wicked men too, but that’s because we live in a fallen, wicked world, but it’s still God’s will for men to be the leaders.

“To ever increasing courtesy of men as shown in the social relation of life as well as to their constant protection in business affairs, women owe a debt of gratitude. In view of this courtesy and protection, the demand for so-called ‘Women’s Rights’ is both unbecoming and ungenerous.” Men were appreciated back then. There was no competition with them. Women weren’t yelling “Toxic Masculinity!” No, they appreciated men’s contribution to society and to their welfare. They also valued the important role they had at home and raising the next generation.

She is loud and stubborn; her feet abide not in her house.
Proverbs 7:11

4 thoughts on “Why Most Women Opposed Women’s Suffrage”