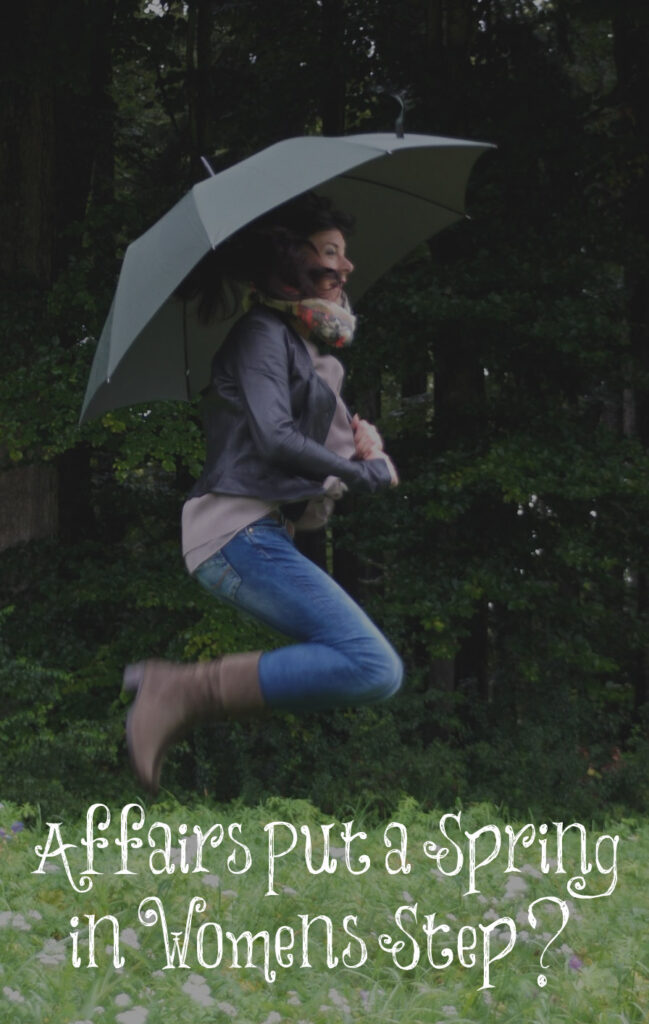 According to a new study, “Analysis revealed on the whole, women who cheated reported an increase in self-esteem and life satisfaction after the affair.” After reading this, I couldn’t stop thinking about it.

Years ago when I had young children, I was friends with a couple in our neighborhood. They were happily married. They went to church together and had a few children. They were both kind people. When her children were in school, she decided to get a job at the local daycare. She met a dad there and became adulterous with him. She ended up divorcing her husband, taking half of everything he owned, and married this other man. Her husband and children were devastated.

Another woman I know had a few affairs while married. She got pregnant but she wasn’t sure if the baby was by her adulterous partner or her husband. She never divorced her husband but lived the rest of her life not knowing whether or not this child was her husband’s and the guilt from her adultery.

This “new study” claims that women who commit adultery put a spring in their step and boosts their self-esteem and life satisfaction. Do you know how many women will now consider adultery because of this article? Satan is going to continue to use any means he can to destroy men, women, children, and families, and this is simply another one of his tactics. It’s all so heartbreaking to me!

Women, I have a far better way to put a spring in your step and boost your self-esteem and life satisfaction than having an adulterous affair which this article recommends! Get your eyes off of yourself and put them on Jesus Christ. Repent of your sin and believe in Jesus Christ. HE is your answer! Singing hymns and making melody in your heart to the Lord will put the spring in your step that you are searching for. Knowing who you are in Christ and what He has done for you is all of the self-esteem you need. Living for Him in obedience to His commands will bring the life satisfaction you desire without any harm to anyone but blessings instead!

Satan wants to destroy you. He wants you to spend an eternity in hell, fire and brimstone. He doesn’t want you to live forever on the new earth with Christ and all who believe in Him. No, he wants to destroy your life now and for eternity. Having an adulterous affair puts you on the path to destruction in every single area of your life! Flee fornication! It’s a sin against your own body. Sin hardens hearts. Love the man you married until death do you part. Be faithful to him always in mind and in action. This will not only bring blessings to you but to your family. Your children need a godly mother who walks in the Spirit. Give this to them.