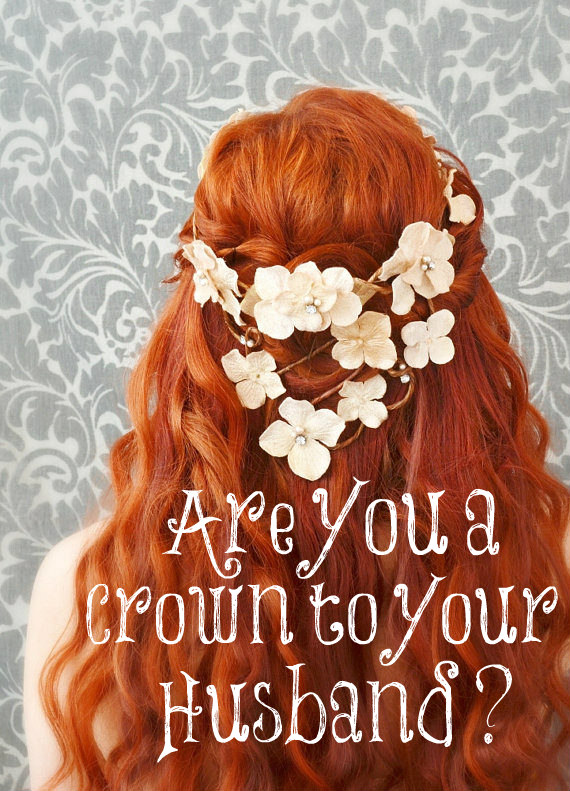 The Bible tells us that a “virtuous woman is a crown to her husband.” What does virtuous mean? It is a woman with high moral standards, chaste, righteous, good, and pure. She loves the Lord deeply and tries to be obedient to His Word by walking in the Spirit. She is prudent with the money her husband makes by using it wisely and carefully. She works with willing hands and does it cheerfully. Her children can even hear her singing often, making melody in her heart. This gives her family a feeling of comfort and security. She makes sure the children behave and are trained in all the ways of godliness. She teaches them about Him throughout the day. Jesus is the center of her life and everyone knows it and can easily see it by the expressions on her face and the light in her eyes. She is kind to others, generous, and loves to be hospitable. She is a gracious mother and her children rise up and call her blessed.

She has compassion on those in need. She has wisdom from her time in the Word and listening to godly male preachers. She encourages and promotes the excellent things in life. She treats others with respect and honor. She is faithful to and honors her husband. When she and her husband are with company, she allows him to do most of the talking without interrupting or correcting him. Others easily know that she respects him and that he is her head. She dresses modestly and adapts her life to her husband. She accepts reproof from him, even though it is hard, and she doesn’t try to point out his errors in retaliation. She is continually asking the Lord to show her how to be a godly, gracious wife to her husband and mother to her children.

Some of these women are married to disobedient husbands and suffer under their leadership. We are told in 1 Corinthians 13 that “charity suffereth long.” Therefore, she is willing to suffer a long time living with him since she is a vow keeper and continues to be a crown to her husband, even though he doesn’t deserve it. She understands that life on this earth is short so she lives for heaven, storing her treasure there rather than here. Her faith, hope, and trust are steadfastly in the Lord. She knows He hears her prayers and is faithful to do what He has promised. She is joyful in the midst of suffering since she understands that everyone on this earth will suffer in one way or another. She suffers in hopes of her husband’s soul being in heaven is a worthy life to live. (If she is being physically abused, call the authorities immediately and seek help. If she is being verbally abused, seek the help of an older, godly women for guidance and support.)

A woman who makes her husband ashamed causes his life to be miserable and is rottenness to his bones. She has no self-control in areas that concern him such as finances, housework, or cooking. She spends her time on selfish pursuits and rarely thinks about her husband. She gives no effort to trying to make his life better in any way but takes him for granted and even uses him for what she wants. She nags, manipulates and quarrels with him. She is contentious and argumentative. There is rarely any peace in the home. She makes her husband’s life miserable. There is much division and disharmony. She has a long list of Honey-do lists and nags him until they are accomplished. She wastes her time on the trivial things in life, such as what Hollywood stars are divorcing, or what they are wearing and doing. Her husband is continually ashamed of her and regrets ever marrying her.

Are you a crown to your husband or rottenness to his bones?

A virtuous woman is a crown to her husband:
but she that maketh ashamed is as rottenness in his bones.
Proverbs 12:4

9 thoughts on “Are You a Crown to Your Husband?”