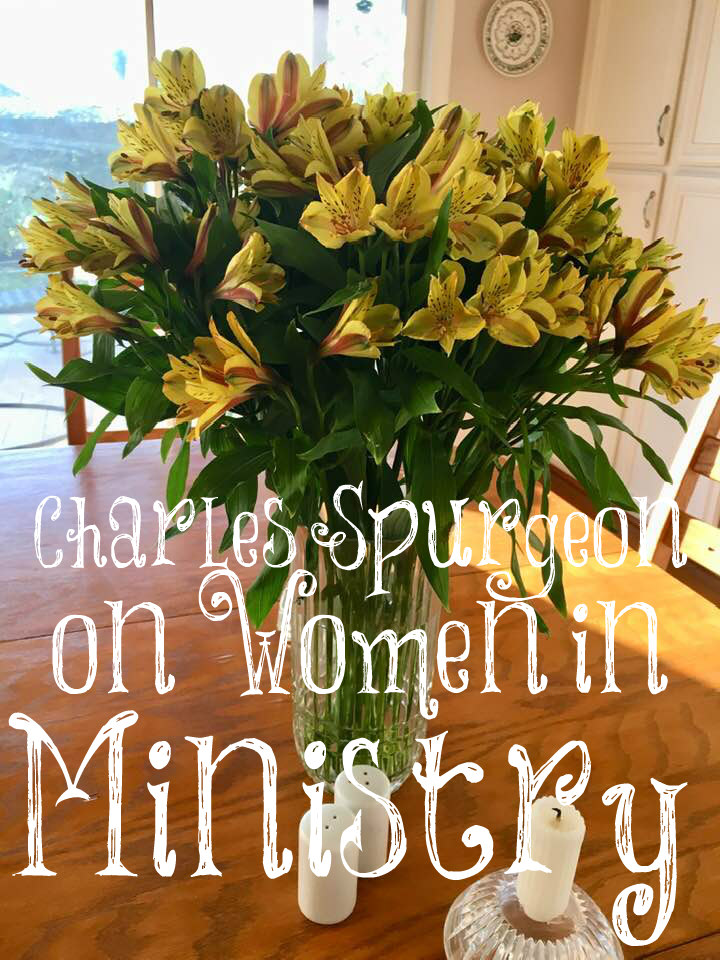 Written By Charles Spurgeon from The Olde Path Blog

I share the apostle Paul’s feelings when he bade women be silent in the assembly.

Blessed are they who do what they should do. It is better to be a good housewife, or nurse, or domestic servant, than to be a powerless preacher or a graceless talker. She did not arise and prepare a lecture, nor preach a sermon, but she arose and prepared a supper, and that was what she was fitted to do. Was she not a housewife? As a housewife let her serve the Lord.

We greatly err when we dream that only a preacher can minister to the Lord—for Jesus has work of all sorts for all sorts of followers. Paul speaks of women who helped him much, and, assuredly, as there is no idle angel there ought to be no idle Christian. We are not saved for our own sakes, but that we may be of service to the Lord and to his people; let us not miss our calling.

In like manner, you Christian people who cannot talk,—the women especially,—I mean that you cannot preach, you are not allowed to preach,—I want you to shine. Some people seem to think that there is no shining without talking, whereas the very best shining is that of Christian women, who, if they have little to say, have a great deal to do.

They make the house so bright with heavenly grace, and decorate it so sweetly with the flowers of their cheerful piety, that those round about them are won to Christ by them. Therefore, shine, dear brothers and sisters, by your gracious godliness, for so you will bring glory to God.

10 thoughts on “Charles Spurgeon on Women in Ministry”