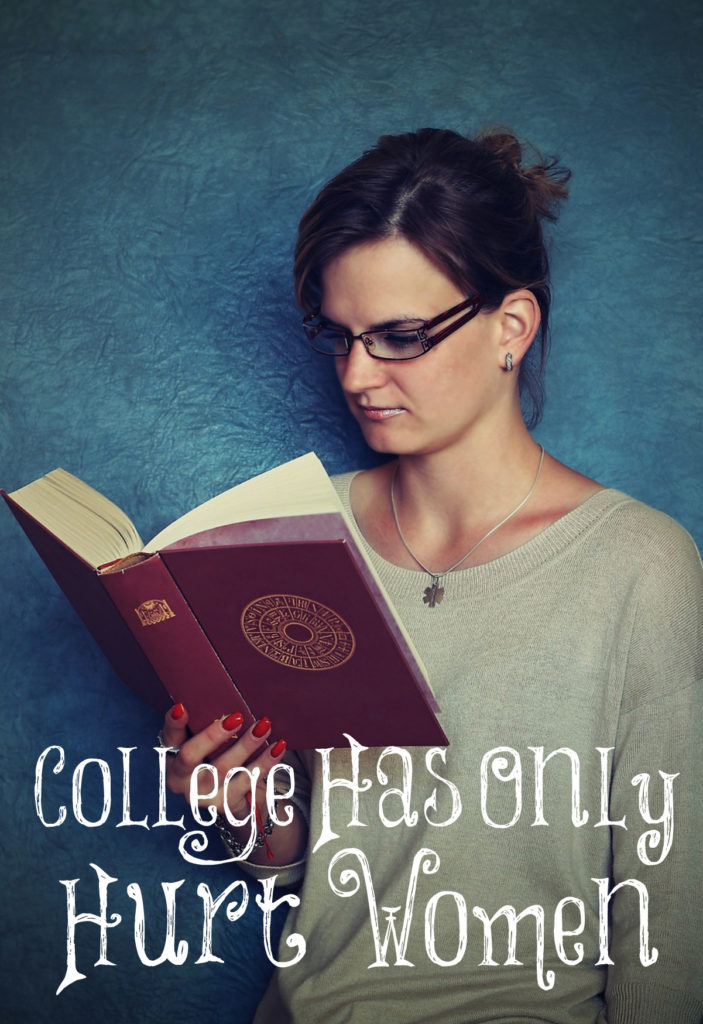 Women owe two thirds of the student loan debt. They owe more than a trillion dollars in debt. The entire “send young women off to college” has been a disaster for women and society at large.

From the time a girl is young, she is asked what she wants to be when she grows up, and it’s always a question about the career she will pursue. So she grows up pondering what she wants to do out in the workforce. If she says she wants to be a wife and mother, she’ll get a lot of questions, such as, “Is that all?” or “What if you never marry?” or “You do know there’s more to life than that, don’t you?” Thus, her dream of being a wife and mother will be squelched from an early age.

She goes through the public school system and by the time she’s a senior in high school, she will see the guidance counselor who helps her pick a career if she hasn’t decided on one. She learns to fill out applications for college, since this is what everyone does. She takes out a huge loan to go to college for a career she may or may not even want.

At 18 years old, she leaves home and attends a college where partying, sex, drugs, and alcohol are the norm in the dorms. Her professors teach her everything opposed to Christianity. She learns to hate America and everything it stands for.

Throughout all of her schooling, she has never been taught anything about being a wife nor a mother. Most of her friends’ parents have been divorced. Her parents argue all of the time and are hanging on by a thread. Marriage doesn’t look appealing to her nor to her friends either, even if she was brought up in a church since most churches never touch the topic of biblical womanhood but instead promote the idea of young women getting an “education” and having a career.

She graduates and trots off to find a career. She finally lands a job that she’s not thrilled with but faithfully goes to work each day from 9:00 to 5:00. She may or may not have a boyfriend who she sleeps with. They may or may not decide to marry. (Yes, this is happening in churches everywhere.) If they decide to marry and she just happens to have a baby, she must continue to work since she has so much debt so she puts the baby in an expensive daycare. Most of her salary goes to pay the daycare. She’s set her own trap without even knowing it.

She has no time to be the wife, mother, and career woman that she imagined herself to be since her time is spread so thin. Her marriage is crumbling, her child is becoming rebellious with so little attention given to discipline, training, and nurturing him/her. Her life is a mess, and she grows more depressed by the day.

OR this same woman decides to never marry since she doesn’t want to be “tied down” but sleeps (lives with) several men throughout the years. She thinks she’s finding fulfillment in her career even though she doesn’t feel like it often. She grows older and is often alone at night. She stays busy with her career. This is the path she chose or was forced upon her by everyone in her life.

Older women, speak out. Speak the truth to the young women in your life. Let the younger women know that they don’t have to take this path. That God has a MUCH better path for them to be on. His will is FAR superior to anything this culture can throw at them. Young mothers, raise your daughters to desire God’s will for them, not the culture’s.  They were created to nurture. Don’t you worry about all of the “what ifs…?” that will be thrown at your daughters. Live by faith rather than by fear.

He maketh the barren woman to keep house, and to be a joyful mother of children. Praise ye the LORD.
Proverbs 113:9

***Here’s a post for women who don’t want to go to college and are wondering what to do instead until they marry. 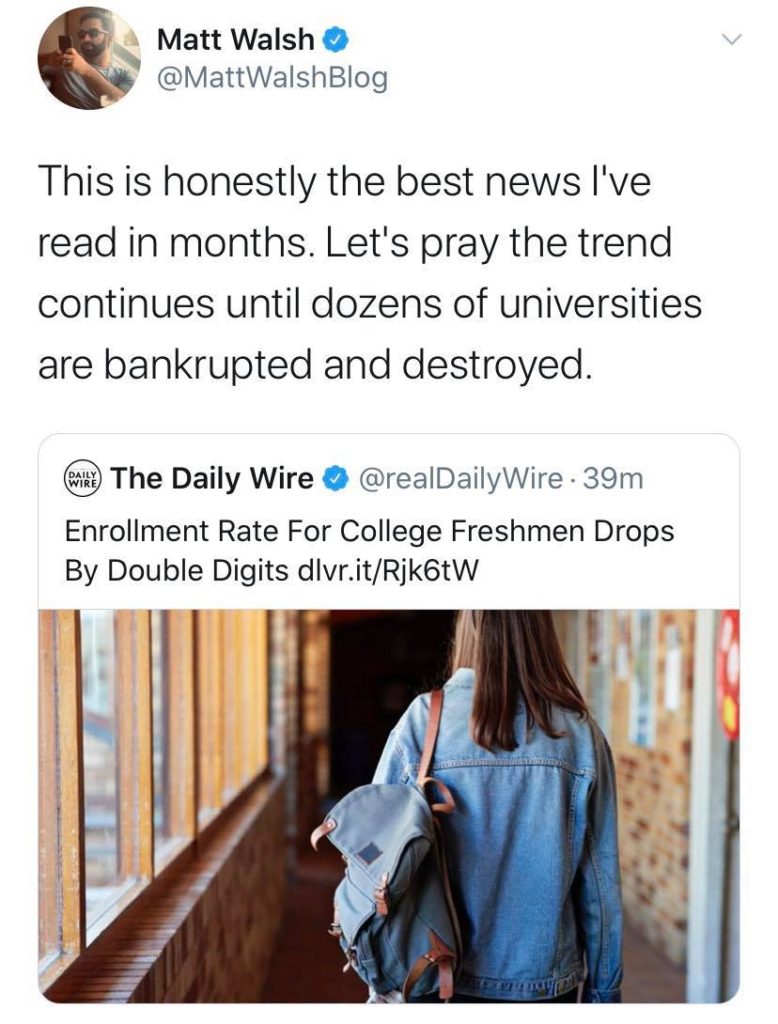 21 thoughts on “College Has Only Hurt Women”