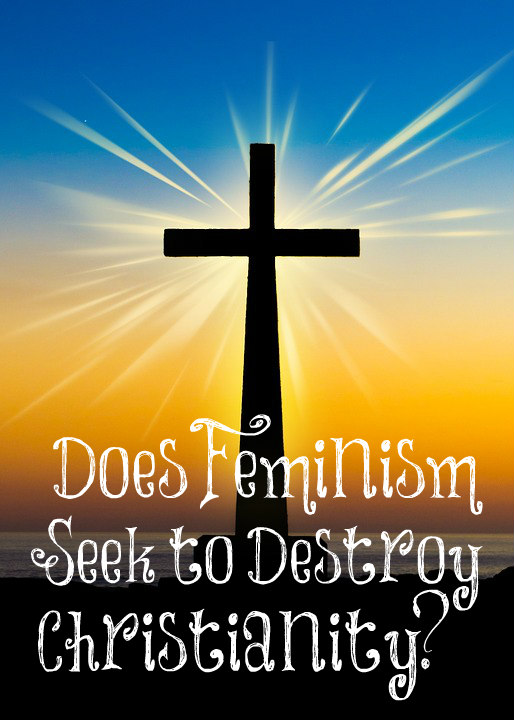 Feminists made up the rules and gullible women fell into the trap laid for them by Satan. Feminism is an occult movement and tied into witchcraft.

Women fell for the classic trap by going to school and worrying about a career rather than what women were made for: to be a helper (not slave) but a helper to the man. The more you help your husband be successful by supporting him when he comes home from work, taking care of the home, and the children, the more you work to take his stress away. Then the more he can focus on work to provide well for you and the children which is why men are designed to give their all to work, yet women often criticize the man for this. The more successful he becomes, the more it benefits you.

His success becomes your success, but women didn’t want that anymore and tried to change things. But they can’t change how God made humans, yet women thought and still think they can as they’re the ones that changed the dynamic between men and women because as usual women were “bored” and never satisfied.

Women we’re pushed by feminism into the workplace for five main reasons:

2) The Central bankers/government realized that they were only taxing half the population. (CENTRAL BANK.. Item #5 on the COMMUNIST MANIFESTO!!!)

3) To get the children away from the parents so that they could brainwash them via the public school system so that the kids would no longer look to the parents as the progenitors of knowledge and wisdom, but would look to the state as the parent (Communism).

4) To destabilize society by destroying the family.

5) To further push the homosexual agenda onto the population by creating so many problems between male and female relationships that many, especially women, would become lesbian.

Goddess feminism itself had five main goals as well. They said, “We women are…

That is their actual stated goals of feminism. Most men don’t mind what’s called “equality feminism” – equal work for equal pay, etc. But what is described above is part of radical and goddess feminism which is not the same as “equality feminism” though they try and tell the public that they’re the same thing. They’re not.

The goddess feminism is an occult religion akin to sorcery or witchcraft that has been pushed onto the world and especially the US. It was part of their plans for revenge as they sought to destroy Christianity from the earth and as it once spread around the entire world and very few knew about the occult and other dark religions, they now sought to do the exact opposite, destroy Christianity from the earth and have the occult knowledge spread around the entire world.

The Bible also reveals that human beings can be possessed by evil forces (Mark 5:115; Acts 16:16) and become unwitting pawns who promote Satan’s agenda. Betty Friedan revealed that when she was writing her book attacking marriage and the traditional family, “The book took me over, obsessed me, wanted to write itself. I have never experienced anything as powerful, truly mystical as the forces that seemed to take me over when I was writing The Feminine Mystique” (Friedan, pg. 78)

Now the Spirit speaketh expressly, that in the latter times some shall depart from the faith, giving heed to seducing spirits, and doctrines of devils;  Speaking lies in hypocrisy; having their conscience seared with a hot iron; Forbidding to marry, and commanding to abstain from meats, which God hath created to be received with thanksgiving of them which believe and know the truth.
1 Timothy 4:1-3

16 thoughts on “Does Feminism Seek to Destroy Christianity?”