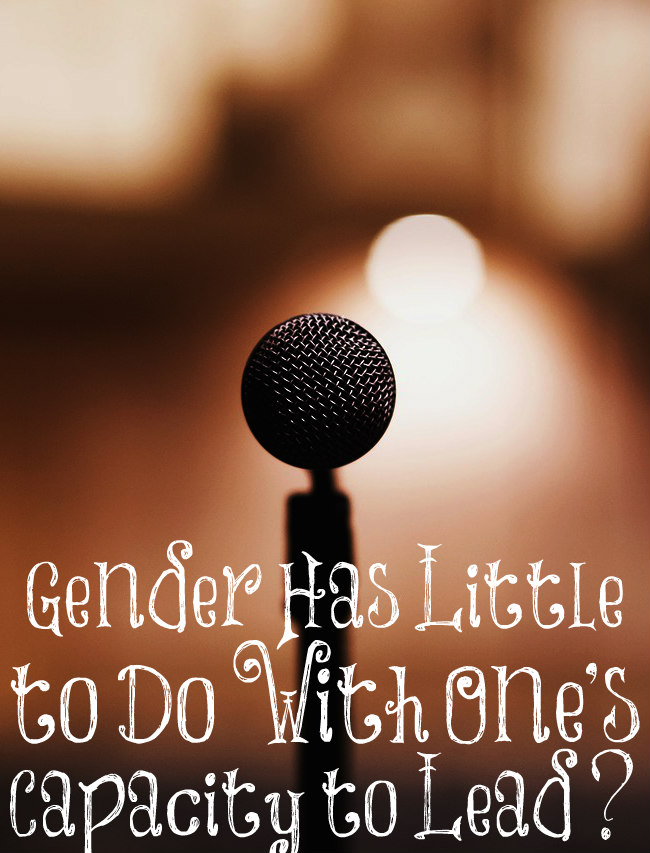 Lisa Bevere wrote this on her Instagram recently: “GENDER is NOT the PROBLEM in LEADERSHIP; our challenge is a posture of PRIDE and a tendency toward PREJUDICE and judging others. These will BLIND SOMEONE who is otherwise a good leader. HUMILITY, EXPERIENCE, FAITHFULNESS, EDUCATION, and VIRTUE are just SOME of the qualities that QUALIFY LEADERS, but gender alone does not a leader make. Gender alone doesn’t QUALIFY a leader, so gender alone can’t DISQUALIFY one.”

Then she further clarified it with this one: “For the record, I do not pastor, nor am I an elder or deacon, but I do often speak on Sunday mornings as a mother in the House of God, and ministering does not equal exercising authority over anyone; it is giving witness to what God is done. It’s sad that anyone one would imagine that I think that being a leader usurps our marriage roles. John and I have been married 37 years and raised a family together.”

Her husband responded to this by writing: “Such a great post @lisabevere! You have led well our team and countless others for so many years. You’ve been faithful to God’s Word and His Spirit. When I look at the Evangelist Philip in the book of Acts, he had four daughters who proclaim God’s word. I’m so glad that he understood that they could be leaders in speaking the Word of God even though they were female. He understood that God Almighty communicated through the prophet Joel in the last days both men and women would proclaim God’s Word. So yes, gender should not be the basis of whether or not someone should lead or not lead. Thank you!!!”

Women are nowhere called to preach on any Sunday as “a mother in the House of God” as Lisa does. It seems most female preachers want to leave out these verses: “Let your women keep silence in the churches: for it is not permitted unto them to speak; but they are commanded to be under obedience as also saith the law. And if they will learn any thing, let them ask their husbands at home: for it is a shame for women to speak in the church” (1 Corinthians 14:34, 35) and “Let the woman learn in silence with all subjection. But I suffer not a woman to teach, nor to usurp authority over the man, but to be in silence” (1 Timothy 2:11, 12).

Concerning what Lisa’s husband said about the Evangelist Philip and his four daughters, this is what Gill’s Exposition of the Bible had to say about it: “which did prophesy (Acts 21:9); not explain and interpret Scripture, or preach in public assemblies; for these were not allowed women, neither in the Jewish synagogues, nor in Christian assemblies; but they were endowed with a gift of foretelling future events, as was promised such should have in Gospel times.” Women, it’s a dangerous but common practice to try to defend your choices by finding examples in the Bible while ignoring God’s clear commands to us in the Church Age.

In the homes, the husbands are to lead their families. Wives are to submit to and obey their husbands, yes, in everything, since God made the husband the head over the wife. God has called men to be the leaders all throughout His Word. Yes, Lisa, gender does matter greatly to God when it comes to leading.

For Adam was first formed, then Eve. And Adam was not deceived, but the woman being deceived was in the transgression. Notwithstanding she shall be saved in childbearing, if they continue in faith and charity and holiness with sobriety.
1 Timothy 2:13-15

10 thoughts on “Gender Has Little to Do With Someone’s Capacity to Lead?”