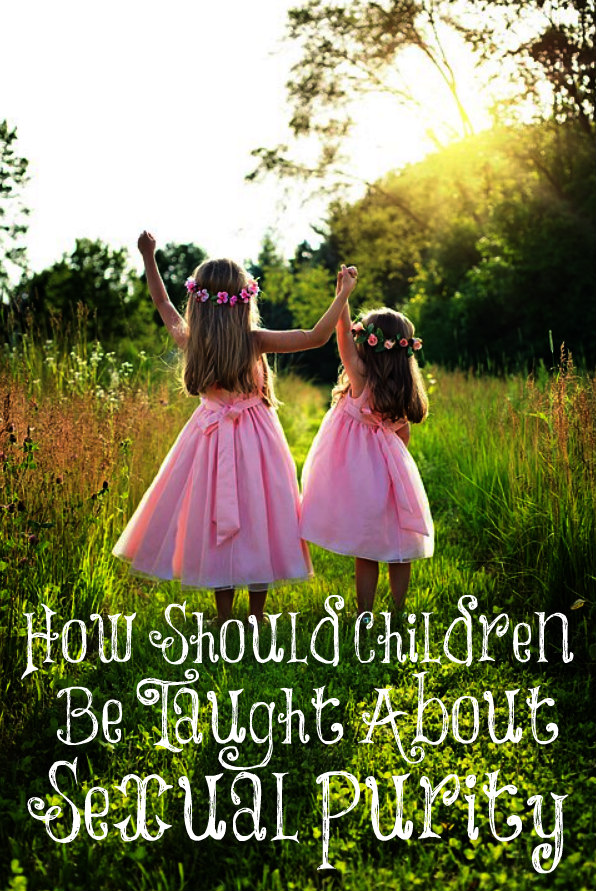 Many women seem to blame everyone else for their lack of discipline when it comes to fornication. Here’s a good example:

Was this a good way to teach virginity? Probably not, but this teaching isn’t what harmed this woman. I do want to say that I know nothing about her or her past but the way she worded this, she sounds like it harmed her since she wants to “expose Christian schools” as if this teaching harmed her.

It’s NOT this teaching that harmed her. It’s fornication that harmed her and many other women. She was taught to remain a virgin before marriage by this ethics teacher but probably didn’t and felt guilt due to this teaching. Many would probably accuse the Bible for their guilt because of the teaching to FLEE fornication and then blame God for the consequences of their sin, just as they do the purity culture!

My mom taught me from a young age to remain a virgin so that when I meet a godly man, I could stand before him and tell him that I kept myself for him. Now, if I had fornicated and felt heavy guilt from it, then I could have blamed my mom for causing me to think no godly man would ever want me. Was it my mom’s teaching that was wrong or my fornication? It would have been my fornicating but thankfully, I never did. I took what she taught me seriously. I knew she didn’t mean me any harm. She wanted to protect me just as this ethics teacher wanted to protect her students.

Fornication is a sin against one’s own body and trying to minimize this at all is destructive to young women. Fornication can cause infertility, STDs, problems with sex in marriage, and on and on. ALL of God’s commands are for our good! Yes, some godly men will choose to not marry women who fornicated, and this is their right. Yes, the women who fornicated are completely forgiven if they have asked for forgiveness and are believers in Jesus Christ, but scars and consequences still remain.

You must teach your daughters truth, women. If my daughters were taught by that ethics teacher, they wouldn’t have thought anything about it. It wouldn’t have offended them at all, since they were taught by me to remain virgins until marriage. They knew this was God’s will for them for a very good reason. Stop blaming the purity culture, Christian schools, the Bible, or ethic teachers who taught you the pain of fornication. Blame fornication instead! Few teachers are perfect in how they teach, but it’s the truth that they are teaching that matters. Sin is harmful. Period.

***This post is not for women who had their virginity stolen from them through sexual abuse or rape. Choosing to lose your virginity and having it stolen from you are two different situations entirely.

32 thoughts on “How Should Children Be Taught About Sexual Purity?”