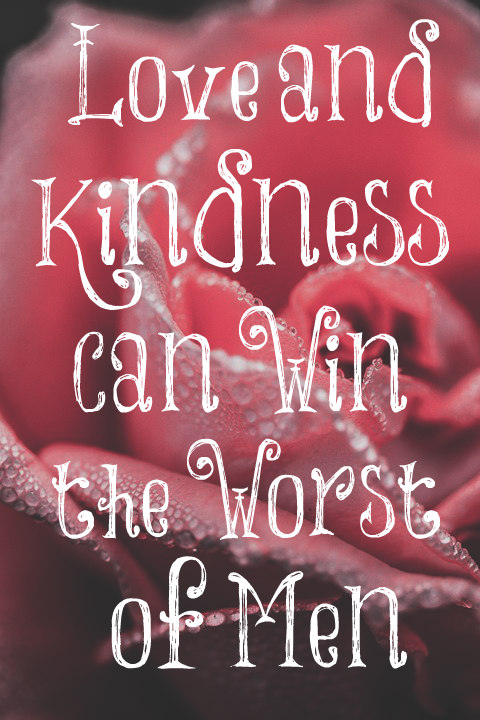 “Suffering may be an unpopular way to know Christ. But many saints who have suffered the most will be the first to say that having God near was worth every tear” (John Piper).

An older woman shared a story on my Facebook page of a woman she knew and how this woman had won her evil husband to Christ. No, it wasn’t a pretty story and the woman suffered greatly but it sure made women angry and offended with this woman for telling this story. Should she not have told this story?

Darla wrote, “I know a lady whose husband physically beat her at times and after he went to bed, she would earnestly pray over him. During the days, she would clean the house and make her home beautiful for him and cook wonderful food. Now, he is a strong Christian and he leads people to the Lord. It is true that it can really work. What is suffering when you can bring someone into eternity with you?”

Kaydee responded, “Darla, actually that sounds pretty deranged and at the least codependent, but at the worst Stockholm syndrome. I hope you didn’t know her while the abuse was going on, because you’d be a terrible person for not doing something to help her get out. This mental gymnastics game that you’re playing about how when they’re dead they’re going to still be together making it okay is literally the worst thing I’ve heard in weeks.”

A man then responded to Kaydee, “So, woman stands strong in her faith through trials and tribulations. God sees her through and works a heart change in her husband, and now they have a good marriage and you call that deranged? By your advice, she would be divorced, who knows what shape spiritually her husband would be as bad or worse than before but yeah, sounds like your plan is good.”

Few would believe this woman should have stayed with her abusive husband. Most would have told her that she should not have submitted to this type of abuse and that she had every right to seek the authorities and find protection. Maybe some had told her to leave but she refused. Most of us would agree that she shouldn’t have had to live like she did but she did and now her husband’s soul is sealed for eternity! Why can’t someone give this testimony without women becoming angry and offended? Darla didn’t use this story to encourage other women in these types of situations to stay but in order to give an example of a woman who won her evil husband without a word (1 Peter 3:1, 2).

Personally, I would never counsel a woman in this situation to stay with her husband and I don’t think many would. Maybe this woman truly did love her husband. Maybe he worked hard and provided for her family so she could stay home full time with her children. Maybe her faith was so strong that she knew that when she was suffering, she was suffering for Christ. Maybe she read and studied 1 Peter 2 and knew that as Christ had suffered for her, she was willing to suffer for Christ.

Yes, her story ended wonderful. Her husband is a powerful man of faith. Yes, love and kindness can win even the worst of men, and we must NEVER down play the powerful influence that praying to a Living God may have; for He hears our prayers. No, we shouldn’t be offended at stories like this but be in awe that a woman was willing to actually lay down her life, pick up her cross, and obey the Lord even while suffering greatly. Christians all over the world are being persecuted for their faith in Jesus Christ (this is promised in His Word) but if a wife is persecuted for trying to win her disobedient husband, people respond in horror? I don’t. This woman has stored her treasures in heaven and has a husband who will live in eternity with her. Just because I am relaying this story and writing these things doesn’t mean I believe women who are in physically abusive marriages should stay.

This is just one story of a woman who did. There is no promise that all stories will end like hers but hers did. It’s worth retelling so others can understand the power of a transformed live in another human being, even an evil human being, and the power of the Gospel being lived out. This woman poured burning coals of love upon her husband’s head and was rewarded for it. How can anyone fault her for this?

For this is thankworthy, if a man for conscience toward God endure grief, suffering wrongfully. For what glory is it, if, when ye be buffeted for your faults, ye shall take it patiently? but if, when ye do well, and suffer for it, ye take it patiently, this is acceptable with God. For even hereunto were ye called: because Christ also suffered for us, leaving us an example, that ye should follow his steps.
1 Peter 2:19-21