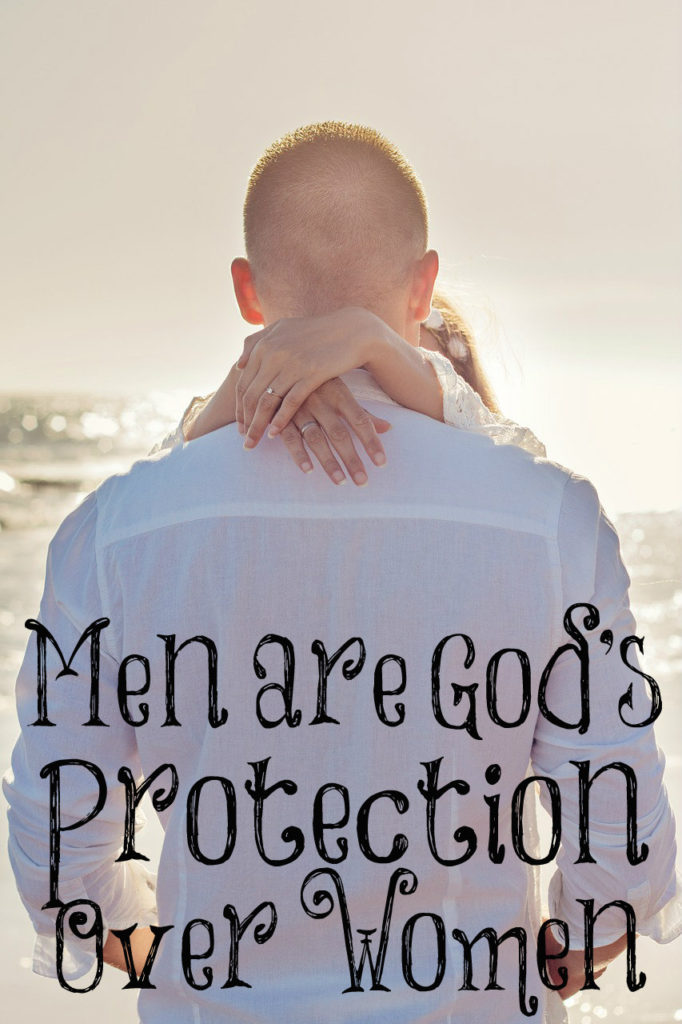 Women were not made to be leaders in marriage or in the church. They are not lesser than men; they just have different roles.

God is actually protecting women. There is a reason that women live longer than men. They have to go through less stress and pressure because of their God-given role.

Subjection is a blessing for women. Women need a protector. Even though many women desire to be preachers they are not called to be. To do otherwise is to be in sin and to usurp the authority of man.

Many false teachers try to twist the Scriptures and say things like, “That is your interpretation.” No! That is what God clearly says! No woman should teach in the public worship and service of the church.

But I do not allow a woman to teach or exercise authority over a man, but to remain quiet.
1 Timothy 2:12

Likewise, husbands, live with your wives in an understanding way, showing honor to the woman as the weaker vessel, since they are heirs with you of the grace of life, so that your prayers may not be hindered.
1 Peter 3:7

Not only that, it was Eve who was deceived by Satan, but sin entered through Adam and not Eve and we were saved by the second Adam, Jesus Christ.

The husband is the leader and the protector. Instead of questioning Eve, the one who sinned first, God questioned Adam, the leader. Adam was the head of mankind and Eve was Adam’s responsibility. Eve tried to be the leader. She tried to do her own thing. She usurped Adam’s responsibility in leadership and she was deceived and Adam subjected himself to her deception. We should also note that Satan tempted Eve over Adam.

For it was Adam who was first created, and then Eve. And it was not Adam who was deceived, but the woman being deceived, fell into transgression.
1 Timothy 1:13, 14

For indeed man was not created for the woman’s sake, but woman for the man’s sake.
1 Corinthians 11:9

But I am afraid that, as the serpent deceived Eve by his craftiness, your minds will be led astray from the simplicity and purity of devotion to Christ.
2 Corinthians 11:3

Women have an essential role that they should never run from. The role of a woman in the church and in marriage is so great that Satan seeks to attack it with the feminist movement and rebellious women who infiltrate Christianity. Women will find true fulfillment through childbearing.

Women are given the responsibility of raising up godly children, which is essentially leading the human race to godliness. This is why Satan hates this so much! The godliness of a mother has the greatest impact on a child. There is a relationship between a mother and a child that is unlike any other. Why do you think this generation is getting worse?

Many women don’t want to pursue their godly role, but would rather throw their kids in daycare. Why would a woman want any other role when their role not only has a huge impact on their children, but also the whole generation? Praise the Lord for your responsibility that will bring a blessing to this world.

But women will be saved through childbearing–if they continue in faith, love and holiness with propriety.
1 Timothy 2:15

So I counsel younger widows to marry, to have children, to manage their homes and to give the enemy no opportunity for slander.
1 Timothy 5:14

Her children arise and call her blessed; her husband also, and he praises her.
Proverbs 31:28

Older women likewise are to be reverent in their behavior, not malicious gossips nor enslaved to much wine, teaching what is good, so that they may encourage the young women to love their husbands, to love their children, to be sensible, pure, workers at home, kind, being subject to their own husbands, so that the word of God will not be dishonored.
Titus 2:3-5

Elders (the leaders of the churches) are always men in Scripture. 1 Timothy 3 lets us know that it is not culturally based like some may say.

Deacons likewise must be men of dignity, not double-tongued, or addicted to much wine or fond of sordid gain.
1 Timothy 3:8

An elder must be blameless, faithful to his wife, a man whose children believe and are not open to the charge of being wild and disobedient.
Titus 1:6

Therefore an overseer must be above reproach, the husband of one wife, sober-minded, self-controlled, respectable, hospitable, able to teach.
1 Timothy 3:2

A deacon must be faithful to his wife and must manage his children and his household well.
1 Timothy 3:12

3 thoughts on “Men are God’s Protection Over Women”