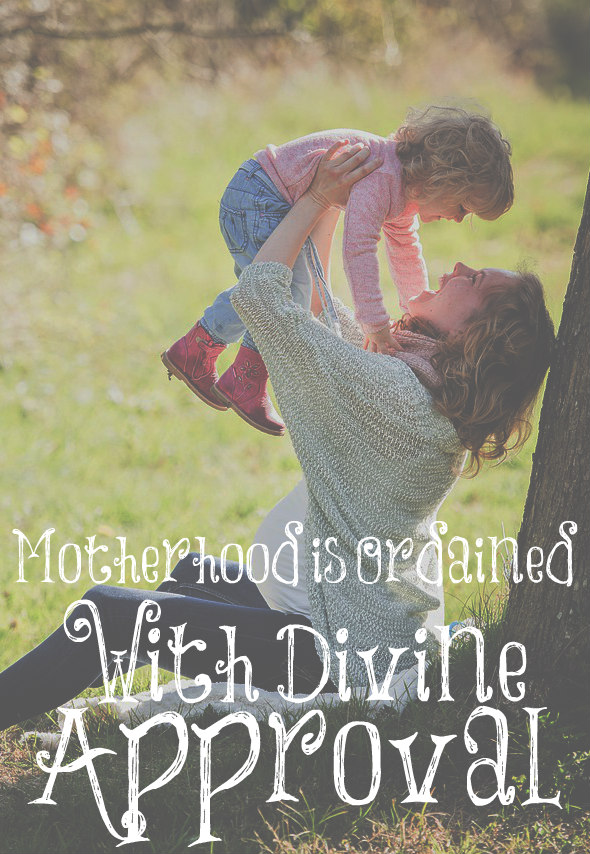 “One of the great achievements of Martin Luther and the Reformers was the elevation of family life back to its rightful place. The medieval church looked down on marriage as a necessary evil, and saw the roles of spouse and parent as ‘secular’ callings inferior to the ‘religious’ life of monastic orders. Luther was at his best when railing against Rome’s false dichotomy between the sacred and the secular, as in this characteristically blunt and earthy passage from one of his sermons on marriage.” (Stephen Ley)

One man on my blog shared the following words that Martin Luther wrote about family life. Many today highly exalt priests and nuns when God never commanded those who live for Him to be celibate. This was a man made-up requirement.

“Now observe that when that clever harlot [it could be said ‘feminist’ today], our natural reason (which the pagans followed in trying to be most clever), takes a look at married life, she turns up her nose and says, ‘Alas, must I rock the baby, wash its diapers, make its bed, smell its stench, stay up nights with it, take care of it when it cries, heal its rashes and sores, and [the men who have been immersed in feminism complain] on top of that care for my wife, provide for her, labour at my trade, take care of this and take care of that, do this and do that, endure this and endure that, and whatever else of bitterness and drudgery married life involves? What, should I make such a prisoner of myself? Oh, you poor, wretched fellow, have you taken a wife? Fie, fie upon such wretchedness and bitterness! It is better to remain free and lead a peaceful, carefree life [as many are doing these days]; I will become a priest or a nun and compel my children to do likewise.’

“What then does Christian faith say to this? It opens its eyes, looks upon all these insignificant, distasteful, and despised duties in the Spirit, and is aware that they are all adorned with divine approval as with the costliest gold and jewels. It says, ‘Oh God, because I am certain that thou hast created me as a man and hast from my body begotten this child, I also know for a certainty that it meets with thy perfect pleasure. I confess to thee that I am not worthy to rock the little babe or wash its diapers, or to be entrusted with the care of the child and its mother. How is it that I, without any merit, have come to this distinction of being certain that I am serving thy creature and thy most precious will? Oh, how gladly will I do so, though the duties should be even more insignificant and despised. Neither frost nor heat, neither drudgery nor labour, will distress or dissuade me, for I am certain that it is thus pleasing in thy sight.’”

In the first paragraph that Martin Luther wrote are the many women today who look at disgust upon having to bear and raise children. They think of it as drudgery and themselves as prisoners if they were to do so. The men don’t want to work hard to provide for their wives. They also see married life as filled with bitterness and drudgery. They both actually see freedom from this in being priests and nuns.

In the next paragraph, we see that they know that they were created to bring life into this world. They see bearing and raising children as sacred duties that the Lord has given to them. When they are doing this, they are serving the Lord. They know it won’t be an easy path but it is the right path since it’s the path that God has ordained for them.

God never commands any of us to give up being married to serve Him. We can serve Him whether we are married or not but He never forbids marriage as the Catholic church does. Yes, the Apostle Paul encourages readers to stay single for the purpose of spreading the Gospel but this was by permission, not by command. It’s not something that God ever commands of His children; for it is better to marry than to burn.

Being married and having children are adorned with divine approval as with the costliest gold and jewels. NEVER discount your role of being a wife and mother at home, women. This is God’s perfect will for you and as you are living sacrifices for Him in raising Kingdom children, you will find many blessings along the way.

Have we not power to lead about a sister, a wife, as well as other apostles, and as the brethren of the Lord, and Cephas?
1 Corinthians 9:5

2 thoughts on “Motherhood is Adorned With Divine Approval”