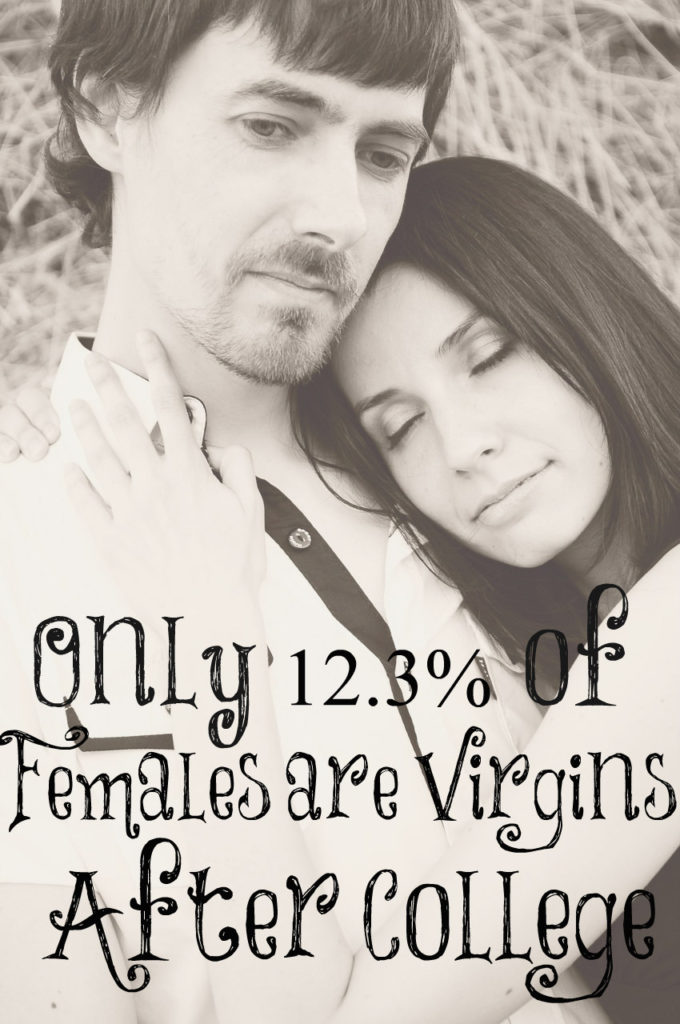 “‘We are sliding backward’; STDs hit record high in US as resistant gonorrhea emerges. The US saw a record number of cases of sexually transmitted diseases in 2017, marking the fourth straight year of sharp increases in gonorrhea, syphilis and chlamydia, according to preliminary data from the Centers for Disease Control and Prevention.”

Sixty percent of teens have had sex by graduation. The average “American loses his or her virginity at age 17. Virgins make up 12.3 percent of females and 14.3 percent of males aged 20-24.” Yet, don’t try to teach young people to be virgins until marriage or you will be blasted even by other Christians! Ridiculous. I aim to obey God rather than man (or woman).

The consequences of not obeying God in this area are deadly. STDs can cause “infertility, stillbirth and an increased risk of HIV.” Besides the physical consequences, there are emotional consequences, too. We weren’t created to have sex like animals. No, we are made in the image of God and God calls us to take care of the temples (our bodies that He has given to us).

Did you notice that more males are virgins between 20 – 24 than females! While only 40 percent of high schoolers are virgins, only 12.3 percent of females are virgins after college. College is a breeding ground of sexual immorality with the drugs, alcohol, and hormone levels at an all time high and it’s only going to get worse. We live in a highly sexualized culture and we are not to see the things that most young people are seeing. We are to dwell on the lovely and the pure for a very good reason and take every thought captive to the obedience of Christ.

I am becoming more and more convinced that the way the Duggars handle the relationships between young men and women is the way to go! When a testosterone-filled young man and a vulnerable young woman who “loves” the young men have too much time alone together, usually nothing good comes of it. It’s good to set boundaries for our children before marriage to protect them from sexual immorality.

It’s best to have them do things in groups as they are getting to know each other and then have chaperons if they want to go on dates. The Duggars only allow side hugs and no kissing until marriage. I do know that kissing gets the “motors” running and when there are chaperons around, there won’t be much kissing going on! Make sure that your children are taught that whatever they do, they are to do for the glory of God, even their behavior with the person they are attracted to before marriage.

I believe we take the command to be chaste much too loosely these days but we need to begin taking it seriously because it is serious to God and has serious consequences if disobeyed. We must never go along with the flow of culture since it’s on the broad path that leads to destruction. We must ponder our paths and the paths our children are on and do all we can to protect them from the evil influences around them.

Unfortunately, there was NOTHING in the above mentioned articles about the lack of virgins in high school and older that encourage young people to stay virgins until marriage. No, our culture would think this is a set back to their modern agenda of free sex and doing whatever feels good. Teach your children the value of virginity before marriage. As my grandmother taught her five daughters, “Your virginity is not your own. Your virginity is a gift you save for your future husband.”

We are the Church of the Living God. Let’s begin acting like it and teaching our children His perfect ways. If we don’t, the culture will influence them towards godlessness and horrible consequences. Nothing good comes apart from God’s will.

26 thoughts on “Only 12.3 Percent of Females are Virgins After College”