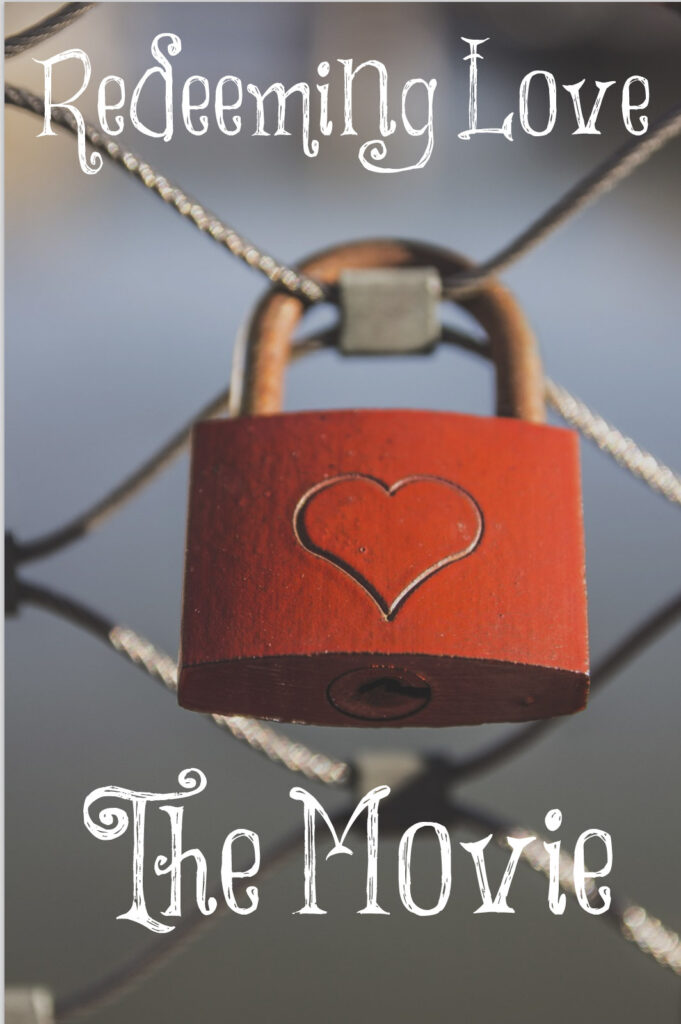 Many years ago, I read Francine Rivers’ book “Redeeming Love” and I loved it! I read it years later and didn’t like it at all. I have grown in the wisdom and the knowledge of the Lord and now have far better discernment than when I was younger. I felt it was far too sexually provocative. The Bible is not. We are to dwell on the lovely and the good. We are not to be entertained by watching others simulating sex.

Lindsay Harold wrote this about the movie: “Reading or watching explicit sex scenes does not become acceptable because the character gets saved at the end. The very thing that someone who actually lived through this lifestyle would tell you it was horrific and evil, and people are intentionally watching.

“Also, a movie with a good message does not justify watching sex and nudity. Keep in mind that movie violence is fake, the evil characters are fake, the situations are fake, but the nudity is real. Someone really does take their clothes off for the camera so that the audience can see their bodies. The sex scenes are not real sex, but they are simulating sex while naked or nearly naked together. Again, if you go to see this, you are paying those actors to get undressed in front of each other so that you can watch. The story does not justify this.”

This is what we are told in His Word: “For every one that useth milk is unskilful in the word of righteousness: for he is a babe. But strong meat belongeth to them that are of full age, even those who by reason of use have their senses exercised to discern both good and evil.” (Hebrews 5:13,14) The Church is lukewarm and weak these days because most Christians lack discernment. They lack discernment when it comes to false teachers and what they watch. They don’t know God’s Word. They don’t let it dwell within them richly. They are easily deceived.

Satan roams around like a lion looking whom he may devour. We are warned that sin hardens people hearts. We must be diligent to be separate from this wicked world and be holy. We aren’t to be entertained by what entertains them.

Here is a review of the movie by Plugged In. I encourage all of you to not support this movie. If you want to know about the story of Hosea, read it in the Bible. There is nothing that incites lust or is sexually provocative in God’s Word. God wants us dwelling on the good (Philippians 4:8). We are to be lovers of God rather than lovers of pleasure.

I beseech you therefore, brethren, by the mercies of God, that ye present your bodies a living sacrifice, holy, acceptable unto God, which is your reasonable service. And be not conformed to this world: but be ye transformed by the renewing of your mind, that ye may prove what is that good, and acceptable, and perfect, will of God.
Romans 12:1,2

***Some are trying to say that Song of Songs is racy, so this movie is okay. It’s only been in recent years that new modern translations and some pastors like Mark Driscoll have made it sexually provoone commentary of old interprets anything in it to be sexually provocative. Here is a great post by John MacArthur called The Rape of Solomon’s Song. “But it has become popular in certain circles to employ extremely graphic descriptions of physical intimacy as a way of expounding on the euphemisms in Solomon’s poem. As this trend develops, each new speaker seems to find something more shocking in the metaphors than any of his predecessors ever imagined.”

4 thoughts on “Redeeming Love: The Movie”