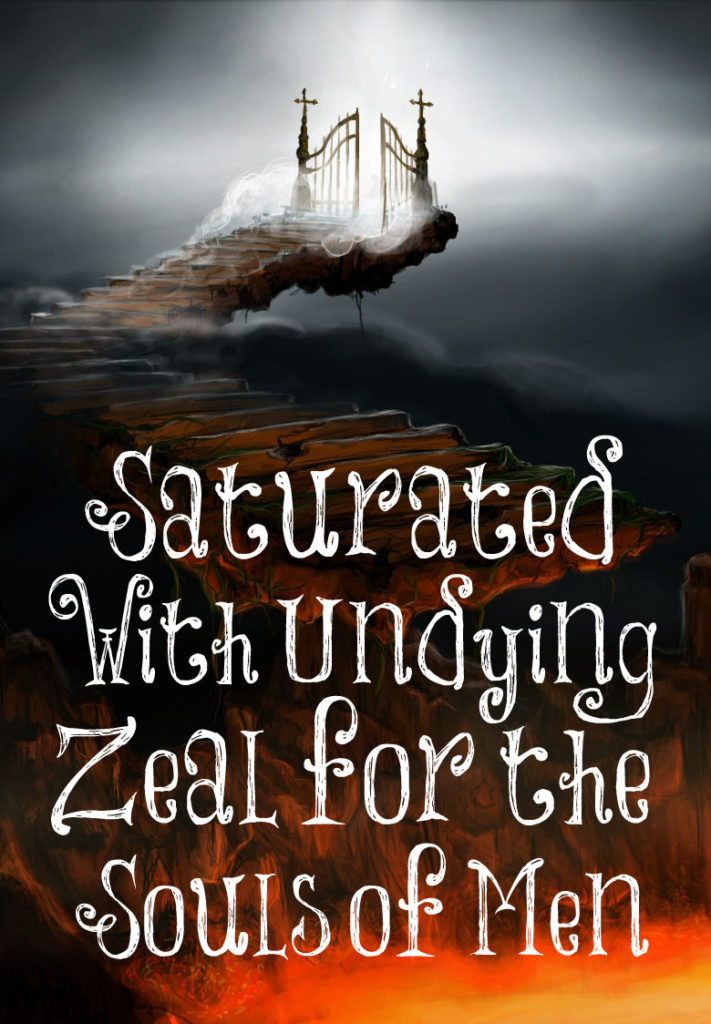 Paul’s great object was not merely to instruct and to improve, but to save. Anything short of this would have disappointed him; he would have men renewed in heart, forgiven, sanctified, in fact, saved. Have our Christian labours been aimed at anything below this great point? Then let us amend our ways, for of what avail will it be at the last great day to have taught and moralized men if they appear before God unsaved?

Blood-red will our skirts be if through life we have sought inferior objects, and forgotten that men needed to be saved. Paul knew the ruin of man’s natural state, and did not try to educate him, but to save him; he saw men sinking to hell, and did not talk of refining them, but of saving from the wrath to come. To compass their salvation, he gave himself up with untiring zeal to telling abroad the gospel, to warning and beseeching men to be reconciled to God.

His prayers were importunate and his labours incessant. To save souls was his consuming passion, his ambition, his calling. He became a servant to all men, toiling for his race, feeling a woe within him if he preached not the gospel. He laid aside his preferences to prevent prejudice; he submitted his will in things indifferent, and if men would but receive the gospel, he raised no questions about forms or ceremonies: the gospel was the one all-important business with him. If he might save some he would be content.

This was the crown for which he strove, the sole and sufficient reward of all his labours and self-denials. Dear reader, have you and I lived to win souls at this noble rate? Are we possessed with the same all-absorbing desire? If not, why not? Jesus died for sinners, cannot we live for them? Where is our tenderness? Where our love to Christ, if we seek not his honour in the salvation of men? O that the Lord would saturate us through and through with an undying zeal for the souls of men.

I am made all things to all men, that I might by all means save some.
1 Corinthians 9:22