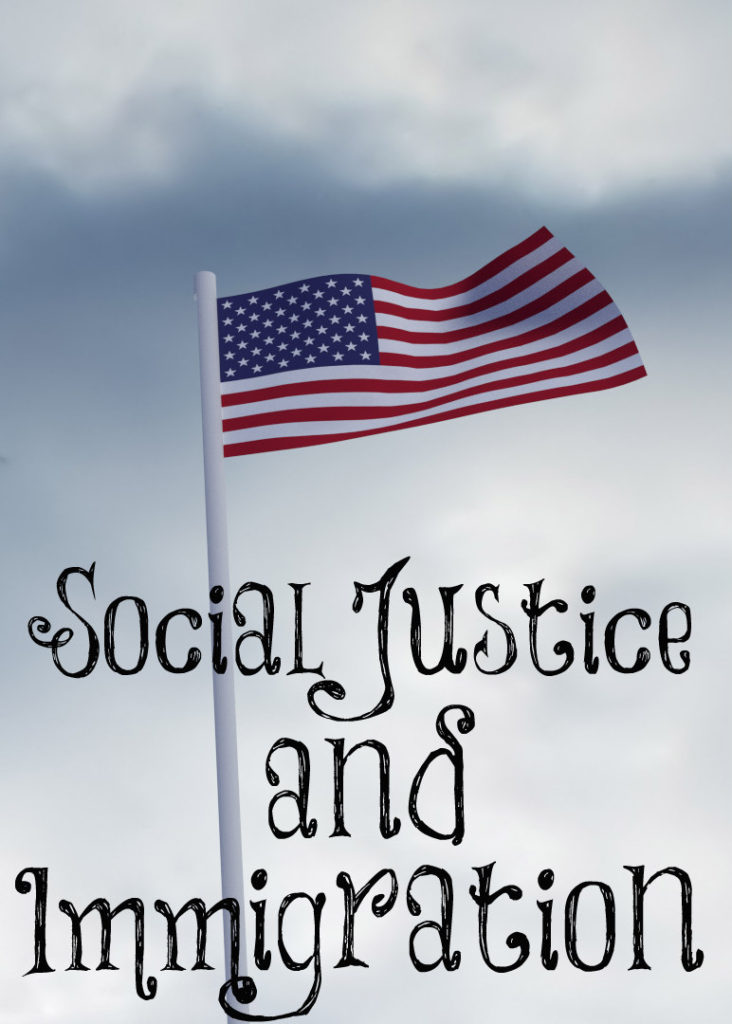 “Wait? Why are you writing on these political hot topics? You’re supposed to teach women to love their husbands and be homemakers, not delve into the political scene?” I try not to “delve” into it often (but I may if I feel something is important) but I have seen something disconcerting to me among many famous women bloggers and teachers/preachers. Instead of teaching women to love and obey their husbands, love their children, be modest, discreet, good, sober, keepers at home, with meek and quiet spirits, they have taken on the mantle of social justice.

It sounds great. Feed the hungry. Clothe the poor. Petition our government to do the same. What is a government’s role according to the Bible:

“Let every person be subject to the governing authorities. For there is no authority except from God, and those that exist have been instituted by God. Therefore whoever resists the authorities resists what God has appointed, and those who resist will incur judgment. For rulers are not a terror to good conduct, but to bad. Would you have no fear of the one who is in authority? Then do what is good, and you will receive his approval, for he is God’s servant for your good. But if you do wrong, be afraid, for he does not bear the sword in vain. For he is the servant of God, an avenger who carries out God’s wrath on the wrongdoer. Therefore one must be in subjection, not only to avoid God’s wrath but also for the sake of conscience” (Romans 13:1-7).

The government’s chief aim is to protect its people from harm from inside forces (police and firemen do this), set rules that govern the nation for protection (legislative branches), and protect from outside evil (military fights this). Period. Policemen, military, and firemen are the men who are called to protect our nation from harm. Yes, America has always welcomed those who are poor and this is good but its first priority is to protect the people “that we may lead a peaceful and quiet life, godly and dignified in every way. This is good, and it is pleasing in the sight of God our Savior” (1 Timothy 2:3).

God commands Christians to be the ones to help the poor and needy by giving them money and any help they are able to give, not governments. Big, intrusive governments hurt people. They don’t ever make people’s lives better by redistributing wealth because they are a cold, hard, and lifeless organism that wastes money and resources, unlike the Church is supposed to be.

Now, what about all these women teachers who have taken over social justice as their cause. Let’s go to C.S. Lewis’ The Screwtape Letters for some answers. The Devil speaking to one of his followers: “About the general connection between Christianity and politics, our position is more delicate. Certainly we do not want men to allow their Christianity to flow over into their political life, for the establishment of anything like a really JUST society would be a major disaster. On the other hand we do want, and want very much, to make men treat Christianity as a means; preferably, of course, as a means to their own advancement, but, failing that, as a meant to anything – even to social justice.” (I capitalized just.)

What is a just society in God’s eyes? Women are keepers at home, loving and obeying their husbands, loving their children, sober, good, discreet, and chaste with gentle and quiet spirits. They work quietly within their homes having hands that stay busy cooking, cleaning, training, loving, and serving. Single women are holy in body and in spirit (1 Corinthians 7:34). All just societies are built upon strong families. When families crumble, so do nations. As godly families, we are lights in a dark world, helping any one and in any way that we can but mostly that others come to know the Savior of their soul.

We aren’t continually leaving our families to go “preach” to large gatherings of women like the IF Gatherings that teach nothing about building strong marriages and families.

“IF’s leaders insist that biblical Christianity has failed as a viable work of God and that God and they are bringing forth a cure—New Christianity.

I fear that IF’s excellent adventure is advertisement for a mass departure from God’s Word. Rather than having their faith built up, participants are encouraged to question ‘traditional’ Christianity. And those who are giving the answers—the IF women—are unfortunately getting their information from emergents and mystics who present a different gospel and another Jesus.

It is addictive, this linguistic confection. The mind is overcome with giddiness. But is it of God? Or is it rather a ‘beautiful’ seduction? I believe the latter is true.”

These women remind me of last phrase: “Thus saith the LORD, Stand ye in the ways, and see, and ask for the old paths, where is the good way, and walk therein, and ye shall find rest for your souls. But they said, We will not walk therein” (Jeremiah 6:16). Let us, as godly women, walk in the old paths and the good way described perfectly in God’s Word!

8 thoughts on “Social Justice and Immigration”