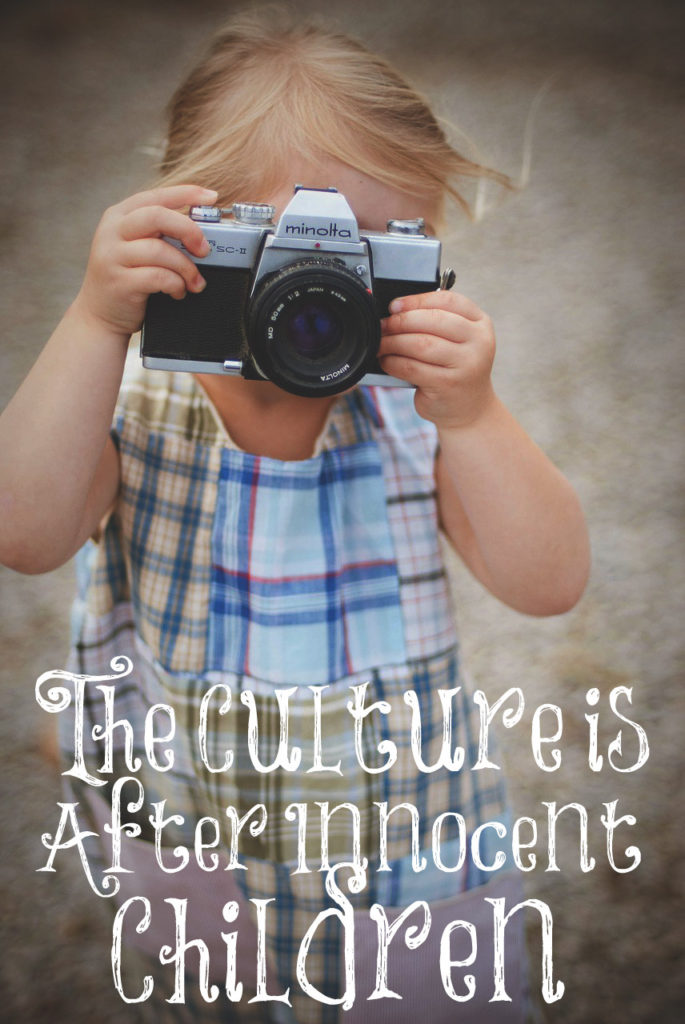 The culture is after innocent children, to corrupt them into sexual deviancy as quickly as possible. There are messages about promiscuity, “girl power,” homosexuality, rebellion against authority, transgenderism, abortion, and many other evils everywhere. They put it in books, tv, movies, music, and video games. They teach it in public schools. Children even share it with each other.

We have to protect our children very carefully so they are not influenced by such things when they are young and vulnerable, and as the culture gets worse and worse, that requires more stringent measures.

It means you can’t let your child read any books or watch any television or listen to any music you haven’t screened first.

It means controlling who their friends are and who they spend time with.

It means not letting them sleep over at a friend’s house unless you know the parents well.

It means keeping them out of public schools.

It means no smart phone for a child or other access to the internet without supervision.

Once upon a time, these were considered extreme measures, but today you’re a fool if you don’t at least do these things.

It’s a crazy, evil world out there, and it wants your kids. Don’t serve them up on a platter for the world to destroy. Keep them safe. Keep them sheltered until you can train them to know what they believe and why.

13 thoughts on “The Culture is After Innocent Children”