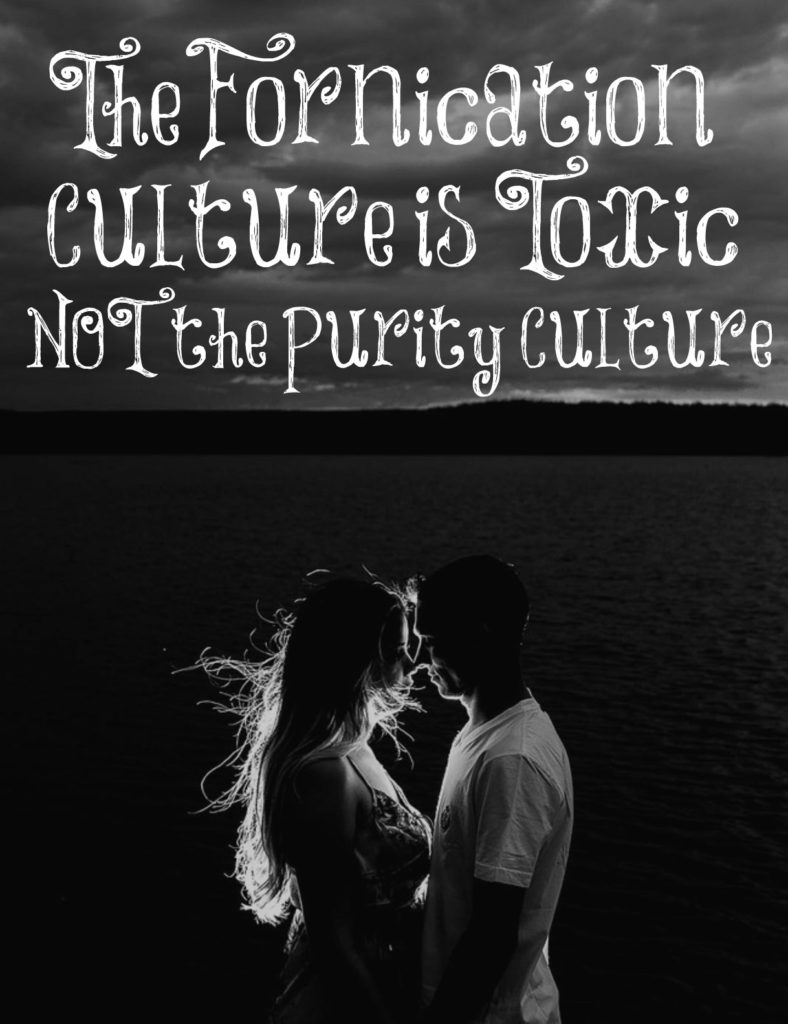 “Purity culture tells women that, through the way they dress, the way they move, and the roles they play in churches and in households, they’re the ones responsible for making sure the men around them won’t ‘stumble’ sexually. As a result, it cultivates an environment in which victim blaming and rape culture flourishes and results in debilitating shame for hundreds of thousands of women.” (Matthias Roberts)

These are the feminist talking points to make women feel no responsibility whatsoever for how they dress or act. Feminists’ entire agenda is wrapped up in having women believe that they can do anything they want without suffering any consequences. They are independent and empowered! It matters not what God’s Word has to say to them. What does God say to women about this subject?

He commands women to be chaste (Titus 2:4), have meek and quiet spirits (1 Peter 3:4), be modest (1 Timothy 2:9), and shamefaced (1 Timothy 2:9). He wants women to glorify Him (1 Corinthians 6:20), not themselves. He doesn’t want them drawing attention to themselves by their sensuality, since the first seven chapters in Proverbs are God warning men about whores who dress in a way to entice men and lead them astray which destroys men.

Is God cultivating an environment of victim blaming and rape culture? NO! His commands are to protect women. Feminists’ (Satan’s) plans are to kill, steal, and destroy women. God’s eternal principle is that we will reap what we sow. Women who dress and act provocatively are NOT sowing good fruit, and will reap the consequences. Godly men will certainly not view them as marriage material.

We must stop with this nonsense of tearing down the purity culture in order to give women the freedom to live immoral, immodest, and godless lives. God wants us to be pure! He commands that we be chaste. This is for our good!

Please, women, don’t take part in the destruction of our culture. We, as Christian women, are called to be salt and light to a decaying culture. Dress modestly. Remain chaste before marriage and after. Be faithful to the husband of your youth all of the days of your life. Be a keeper at home. Being a help meet to your husband, raising godly children, and caring for your home are a full-time job and a valuable one. Never let anyone convince you otherwise.

Now the works of the flesh are manifest, which are these; Adultery, fornication, uncleanness, lasciviousness, Idolatry, witchcraft, hatred, variance, emulations, wrath, strife, seditions, heresies, Envyings, murders, drunkenness, revellings, and such like: of the which I tell you before, as I have also told you in time past, that they which do such things shall not inherit the kingdom of God.
Galatians 5:19-21