Recently, Facebook asked if I wanted to change the format of my page since it would be changing in a few day regardless so I did. I lost all of the “likes” and other features that I used often, unfortunately. Now, one must “follow” my page in order to see it in their timeline.

Here is the link to my page: (1) The Transformed Wife | Facebook 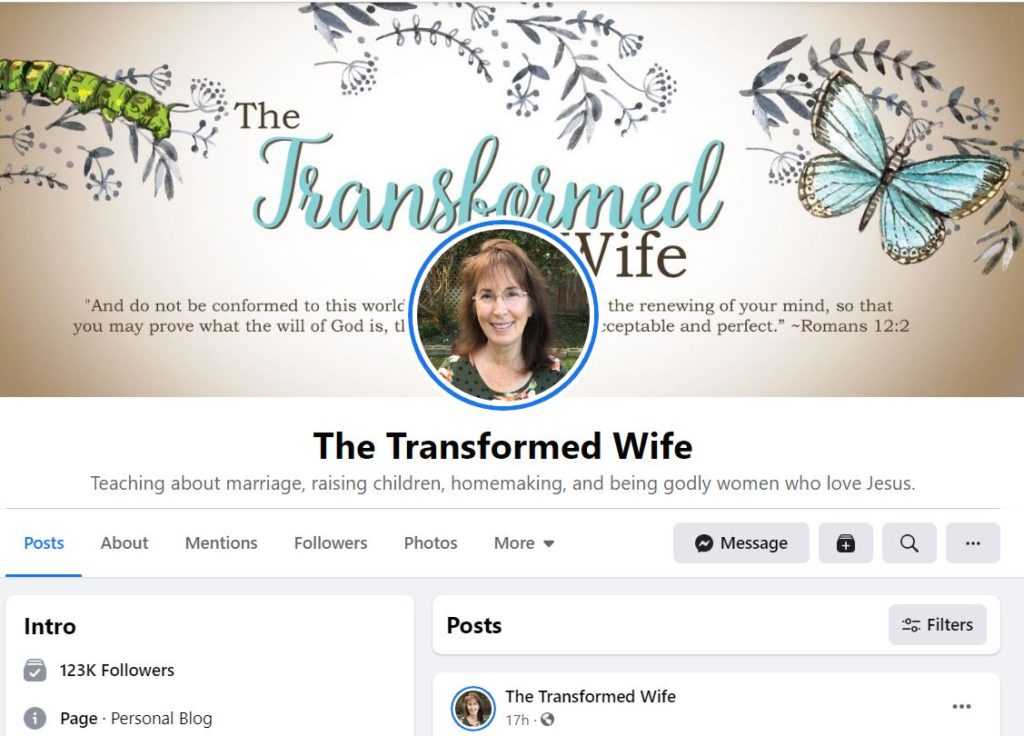 In order to follow my page, you must clink on the box to the right of “Message” that has a plus sign in it, and then you will be able to continue to receive what I post on this page. Let me know if you have any problems. Thank you!

Here’s the link to my MeWe page who can’t find my Facebook page since I am being heavily censored: https://mewe.com/p/thetransformedwife