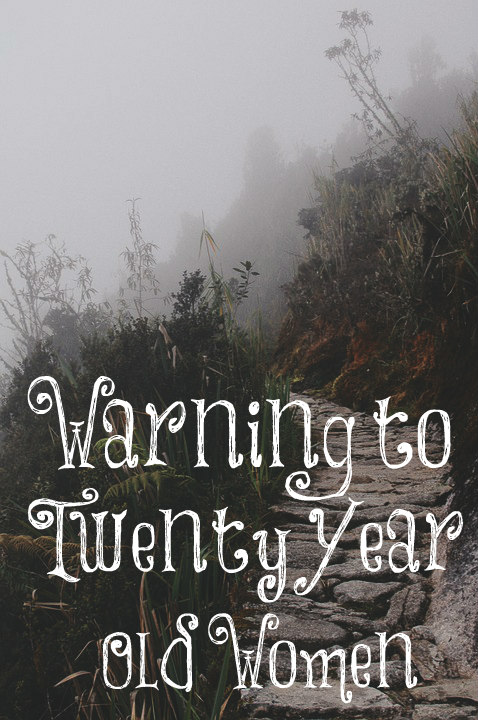 For many years, Dennis Prager, a Jewish man with a lot of wisdom, has had a male/female hour on his radio program in which he discusses things relating to males and females. It’s very good and he’s very open about a man’s sexual nature and a woman’s emotional nature. I called one Wednesday and talked to him on the radio last year during this hour. After talking with me, he wanted the address of my blog! Anyways, here’s a GREAT call he had with an older woman who followed the feminist’s path and is reaping the ugly and lonely fruit from it. What saddens me the most is that Christian mothers are encouraging their daughters to take the same path that this feminist mother taught her to take. Heed her words, women.

“Dennis, I want to get right to it. I’m 50 years old with four college degrees. I was raised by a feminist mother with no father in the home. My mother told me get an education to the maximum level so that you can get out in the world, make a lot of money. And that’s the path I followed. I make adequate money. I don’t make a ton of money. But I do make enough to support my own household.

“I want to tell women in their 20s: Do not follow the path that I followed. You are leading yourself to a life of loneliness. All of your friends will be getting married and having children, and you’re working to compete in the world, and what you’re doing is competing with men. Men don’t like competitors. Men want a partner. It took me until my late 40s to realize this.

“And by the time you have your own household with all your own bills, you can’t get off that track, because now you’ve got to make the money to pay your bills. It’s hard to find a partner in your late 40s to date because you also start losing self-confidence about your looks, your body. It’s not the same as it was in your 20s. You try to do what you can to make your life fulfilling. I have cats and dogs. But it’s lonely when you see your friends having children, going on vacations, planning the lives of their children, and you don’t do anything at night but come home to your cats and dogs. I don’t want other women to do what I have done.”

Dennis asked, “Was it hard for you to make this call?”

She responded: “It was. I want to be anonymous because I don’t want people that I know to really know my true feelings. Because you do act like ‘My career is everything. I love working.’ But it’s a lie on the inside for me. It’s unfortunate. I didn’t realize this until it’s too late. I don’t know if it’s too late. I would like to find somebody to go on vacation with.

“You have other concerns when you get older and you live alone. Who’s going to take you to your medical appointments? If something should happen to you, there’s no other income there to help you. These are things you don’t understand when you’re in your 20s because you don’t think you’ll ever get old and have health problems.

“I’m stuck now because I go to work every day. I smile like I love it, but it’s very painful to not plan a vacation with someone. It’s painful to not have a Thanksgiving dinner with someone. You sit home alone and you do nothing. I avoid my friends now that have children because I have nothing in common with them.

“Somebody asked me the other day, ‘Why did you stay single and never have kids?’ Because I was brainwashed by my mother into this. But it’s hard and it’s shameful to tell people, ‘I don’t know. I ran out of time.’

“There’s not a good answer for it except ‘I was programmed to get into the workforce, compete with men and make money.’ Supposedly, that would be a fulfilling life. But I was told that by a feminist mother who was divorced, who hated her husband — my father.

“She tried to steer me on what she thought was the right path, but feminism is a lie. That’s what I want women to know.

Young women in your 20s, learn to be cheerful and have meek and quiet spirits! This will be what attracts men the most. I know I am not supposed to write about what men prefer, but I will continue to do so. They are allowed to have preferences and loud, dominate, rebellious, and independent women do not attract men, especially the kind of man that you are looking for. Grow in the wisdom and knowledge of the LORD. Ask Him to bring a godly man into your life. Way too many young people aren’t marrying today. This is not good and not from God; for He wants young women to marry, bear children, and guide the home.

Thus saith the LORD, Stand ye in the ways, and see, and ask for the old paths, where is the good way, and walk therein, and ye shall find rest for your souls.
Jeremiah 6:16