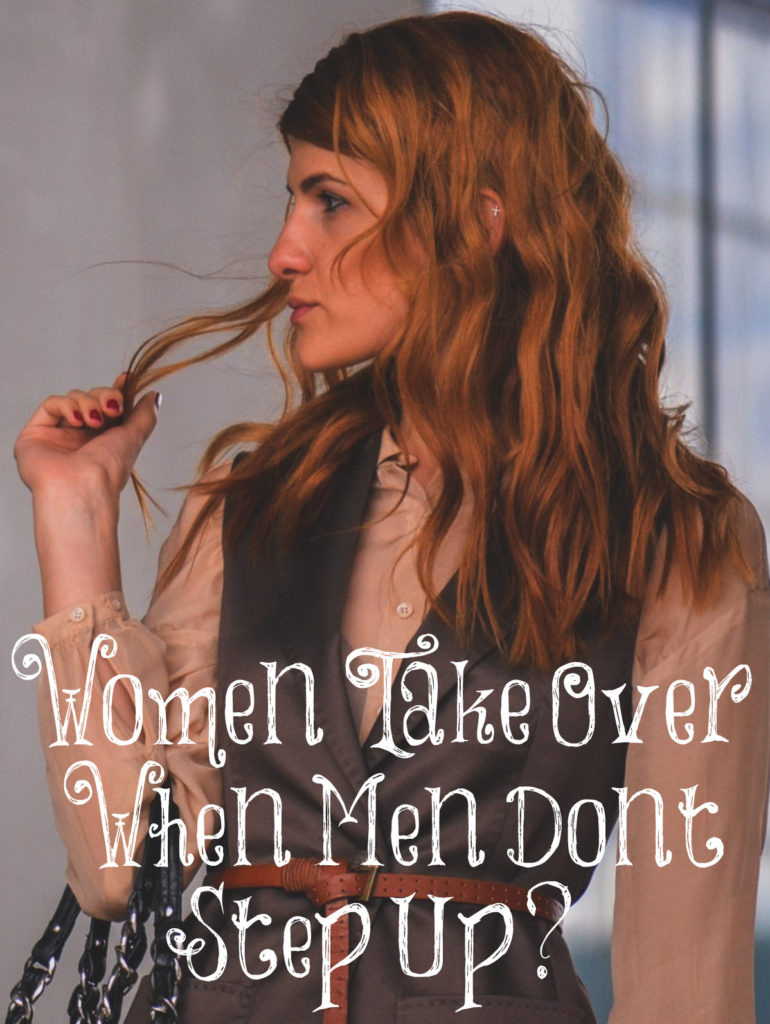 There’s a theory many women believe that if men don’t lead, women will step up to fill the void that the men have left. They always use the example of Deborah in the Bible. Are men the ones responsible for women in leadership positions?

Was Adam responsible for Eve being deceived and eating the forbidden fruit? NO! She did it in her own rebellion against God. When women step out of their God ordained roles and into men’s roles, they are in rebellion to God’s will for them.

Then the argument will come up about all of the women in leadership positions or who had *careers* in the Bible. @old_fashioned_feminity had some great things to say about this on Instagram.

Then she wrote this about them: “Deborah knew Barak was supposed to lead and begged him to lead. Eve wanted to be equal with God and acted out from under her husband’s authority.

“Ruth sought to be married ASAP while working to provide for her mother-in-law ONLY until then. Potiphar’s wife tried to seduce Joseph and then screamed rape when Joseph refused her.

“Esther submitted herself to her husband’s decision. Delilah used her beauty as a weapon against Samson for money.

“The Proverbs 31 woman looked well to the ways of her household. Jezebel took the leadership position while deriding and abusing her husband who wouldn’t step up.

“The Samaritan woman was requested to bring her husband with her to Jesus. The Proverbs 5 woman seduced men with her fair looks and speech.

“Lydia believed and was baptized. The Proverbs 7 woman gave all her affection to adultery instead of to her husband.

“Priscilla was always seen alongside her husband. The Isaiah 3 women were haughty, gaudy, loud leaders in rebellion against God.

“You see, there is a big difference between godly women and feminist women. Feminism is Satanic.”

Then, we hear about Christian women running for positions of leadership because they “prayed about it” and “felt God lead them to run.” Lindsay Harold replied to this reasoning: “Why do people pray about things scripture clearly speaks on and then use some nebulous idea of ‘peace’ to rationalize their disobedience? God has already told us in His word what the proper place for wives and mothers is. They are to be keepers at home, not leaders or warriors or workers for others. People would rather follow their own ideas and feelings than simply apply scripture and live by it.”

Many Christian women cheered for the nomination of Amy Coney Barrett. I didn’t. How can I encourage women to be keepers at home and then cheer for those who are not? I can’t. NO one can take the place of a mother in their children’s lives. Their children need and want them at home. There are plenty of good men for all of the leadership positions that are available.

Is it all men’s fault, as women claim, since men didn’t step up to the leadership positions? No, if women can tear their homes down with their own hands, they can tear nations down by stepping outside of their God ordained positions and taking away men’s. There’s many good reasons that God wants the older women teaching the young women biblical womanhood, but most older women have failed and younger women are in rebellion against God’s will for them. Go back to the Old Paths that God has ordained for you and cheer on the women who are going back too; for the faithful, godly wives and mothers who are home raising godly offspring. His ways will always be perfect for us.

***The Old Paths written about in this verse are the paths that are clearly written in God’s Word. His ordained roles are clearly spelled out in the Bible. In there, you will find the old, perfect paths for you. They are nowhere to be found in this world or even in the past, except for in those who love God and are obedient to His will.

33 thoughts on “Women Take Over When Men Don’t Step Up?”