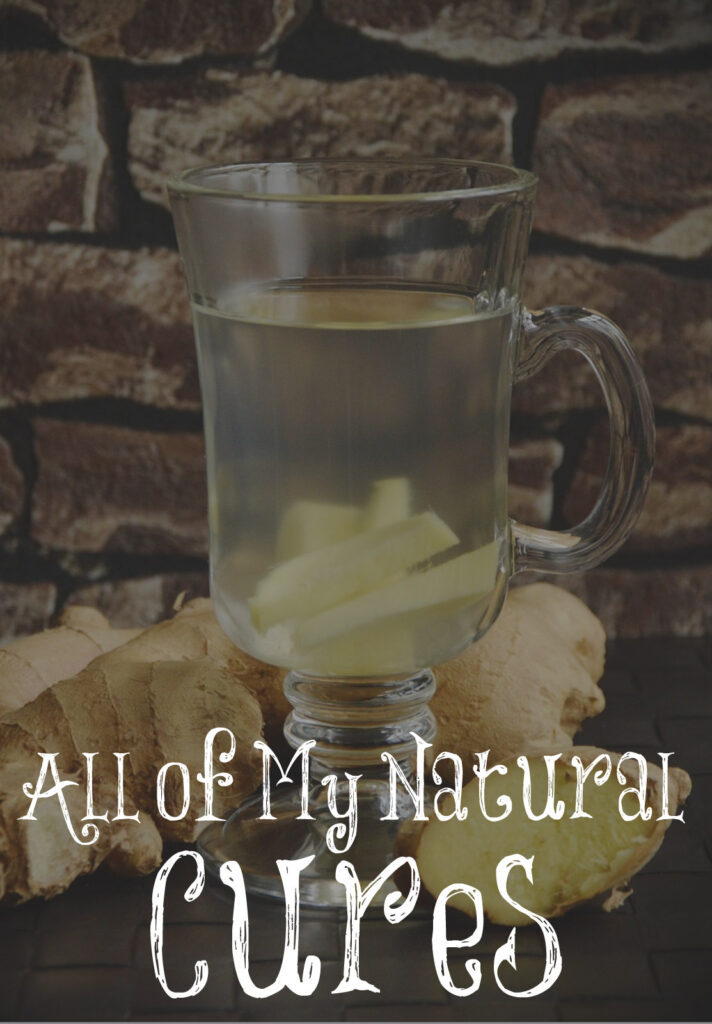 On Instagram, I have been teaching the women a lot about health. You can’t find health in a drug or a shot. It’s our responsibility to be as healthy as we can!

My grandmother was raised in a church that believed drugs, doctors, and demons were synonymous. When she found out about vaccinations, her response was, “I’m not injecting that poison into my babies’ bodies!” She had all seven of her children at home. She never took any of them to the doctor. When they were sick with a cold or flu, she would give them warm water with fresh lemon juice and some honey. She raised them on a lot of fresh fruits and vegetables, raw milk, and the likes. When she couldn’t nurse her third baby, she bought a goat and fed the baby raw goat’s milk. Goats grow to be about 150 pounds. Cows grow to be 1,200 pounds. Goat’s milk is far closer to the composition of human’s milk. I had a wise grandmother! She lived well into her nineties. Her daughters all lived into their late 80s and 90s.

My mom married a doctor. When she got Colitis when I was five years old, she tried the medical route which told her there was no cure. She needed to live on white food like white rice and bread, and also take steroids. She only grew sicker. She went to a place where she fasted on water for 21 days, then they gave her fresh vegetable juices. After about six years of trial and error, she was completely healed and even had a colonoscopy to prove this to the doctors. She raised us on organic food and was always trying to find natural cures for everything.

I shared all of this to give you my history, and why I believe the way that I do. Doctors and drugs are FANTASTIC for emergency situations. I would not be alive without them. I have to take two drugs for the rest of my life to survive, but the drugs don’t keep me healthy. They keep me alive. Every year when I meet with my endocrinologist, he asks me if I am experiencing a long list of side effects from these drugs. I do what I can to keep myself healthy, but then depend upon the Lord. He knows the number of my days.

I decided to make a post of all of the natural cures I have used over the many years. We never vaccinated our children after reading “The Poisoned Needle.” We learned that most diseases cleared up with sanitation and clean water. Did you know that shingles has skyrocketed among the younger people since the chicken pox vaccination? It is far more painful than chicken pox ever was. I am not a fan of vaccinations. I trust my immune system more than I do these shots.

Here’s my list as far as I can remember everything:

UTIs – Clear Tract. It has cleared up all of my UTIs, even when I had a fever. It works in a day or two. It’s amazing! I had a friend who struggled with them for many years and was on many rounds of antibiotics. This stuff cleared them up within a few days! (Sadly, everything has gone up so much in price, since I have last bought it due to our government’s uncontrolled spending.)

Sinus Infections – Xlear Nasal Spray. This stuff is amazing! I had never had a sinus infection before my first brain surgery. But since they drilled up through my sinuses, I have struggled with them. This is the only thing that clears them up. I have even heard it prevents Covid. Whenever we would go out during the lockdown or flew, we would spray some up into our sinuses. Using a neti-pot with warm salty water can be good too.

Gut issues – Repair Vite. I had undetected parasites for many years. Then, I had to take a ton of powerful drugs to rid my body of them which destroyed my gut. I finally was given this stuff by a Naturopath and found relief. It’s very expensive, but it was so worth it to finally have a healthy gut. (This has almost doubled in price since I last bought it. I find it’s cheaper if I buy it through a chiropractor or naturopath.)

Frozen shoulder or any other type of structural pain – Trigger Point Therapy. This book is amazing! Any time I have any structural pain, this is my go to book. After my neck fusion, I had such intense pain from frozen shoulder. This book is written by a cardiologist who found that her heart patients had more pain from frozen shoulder than from their heart surgery. They got it from laying around so much. This happened to me. I began trigger point therapy on it as explained in this book and within a month, I could raise my arm above my head!

Headaches – Peppermint essential oil. Just last night, I woke up with an aching temple, so I put some of this stuff on it. The headache was gone when I woke up! This has helped me numerous times with the many headaches I have gotten from having such a bad neck. It’s great stuff! I use the DoTerra brand.

Acid Reflux – Betaine HCL and digestive enzymes. After my first brain surgery, my esophagus and stomach were fried from all of the hydrocortizone they pumped me full of. I took the acid reducing drugs for a year, but they failed to help at all. I was listening to Dr. Marshall almost every day at that time. He talked about the importance of air dried sea salt and HCL to help digest food. He taught that acid reflux was due to a lack of HCL, so the food rots in the colon and the gas from this comes up and damages the stomach and esophagus. I began taking HCL and digest after every meal. I also drank a lot of aloe vera juice. I wish I had known about Repair Vite too, since it has aloe vera and all of the healing ingredients for the gut in it. I eventually healed and now take HCL daily.

Burn – Fresh Aloe Vera. One time, my youngest daughter burned her foot badly. I slapped a piece of fresh aloe that I had in my backyard on her foot and changed it throughout the day. Within a week, the skin on her foot was slightly pink and almost healed. It’s amazing stuff for any type of burns.

Dry eyes – Organic Castor Oil. After my first brain radiation, I had dry eyes. The radiation had killed my tear ducts. I didn’t want to put something artificial in my eyes every day, so I researched it and found that castor oil works great! I put it into my eyes every morning after I wake up.

Pre-skin cancer, warts, and moles – Black Salve. This is highly controversial, but I have been using this stuff for 20 years now, and it’s fantastic. I will just send you over to the post I have written about it many years ago. If you Google it, you will never use it, because they show all types of horrors stories with it. I have never experienced any and neither has anyone I have given it to. (It’s expensive, but it lasts for many, many years.)

Tendonitis – The Tendonitis Expert. This guy saved me so much pain! I have had a bad neck for many years from car accidents and running into a plate glass window. At one point, my neck was so bad that I was in immense pain all of the time. I went to a surgeon and he told me I needed my neck fused. So I had my neck fused but found no relief at all. I researched what could be causing such intense pain, and I finally found The Tendonitis Expert. I found out that the pain was caused by inflammation, so I needed to ice my neck 20 minutes on and 20 minutes off throughout the day. I used frozen corn packs. I did this every waking moment for a month and was finally able to get out of my recliner! His icing methods have helped me with other injuries too.

Sore throat – Gargle with warm salt water often. Take a few teaspoons of the strongest Manuka honey you can find every day which is GREAT for all types of skin infections too. Sip on warm water with fresh lemon juice and raw honey throughout the day.

Gall bladder problems – My husband was having gall bladder attacks which were extremely painful, but he didn’t want to have surgery. He knew he needed his gall bladder to digest fats, so after researching, he went through numerous gall bladder cleanses that had to do with a lot of olive oil and other things. He healed his gall bladder! Research it to find out the various ways to do this.

Shingles – Here is a post all about my bout with shingles. There are some things you can do to prevent it. I suggest you do it!

Any time you find yourself dealing with any health problems, research natural cures for it. This is what I have done for many years. I have found people who have healed themselves from MS, Parkinsons, cancer, etc. A man in our old church was diagnosed with prostate cancer last year and decided to go the natural route before surgery. Jordan Rubin, author of “The Maker’s Diet,” put him on a strict diet along with intermittent fasting. After about eight months, his cancer was completely gone! Yes, drugs and doctors are fantastic for emergency situations, but not so good for chronic conditions.

In the midst of the street of it, and on either side of the river, was there the tree of life, which bare twelve manner of fruits, and yielded her fruit every month: and the leaves of the tree were for the healing of the nations.
Revelation 22:2

16 thoughts on “All of My Natural Cures”