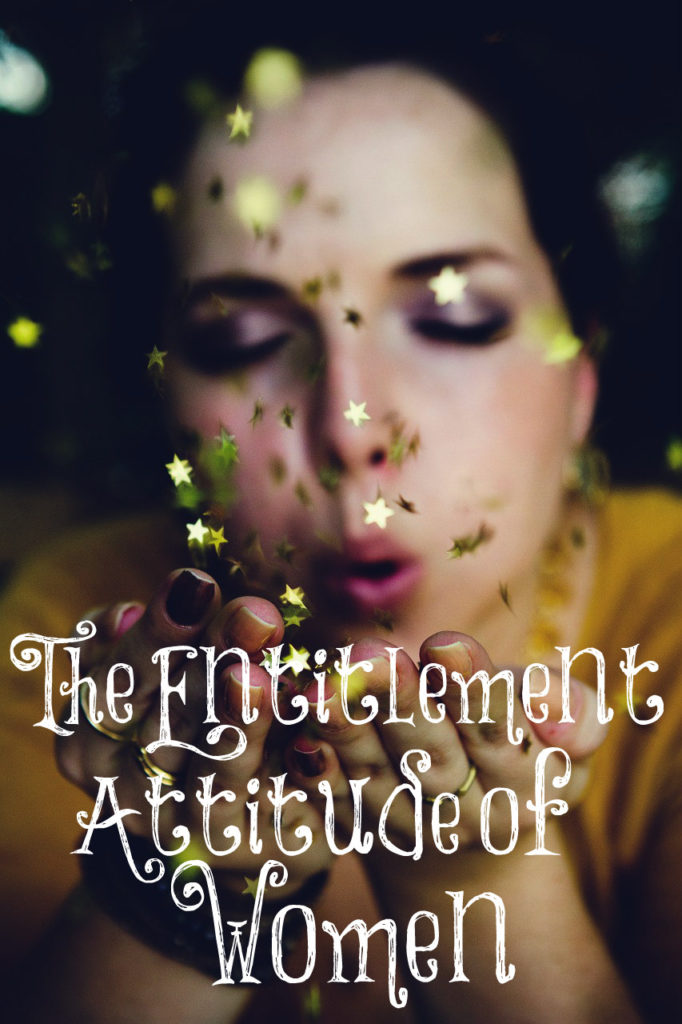 The reason my viral post had such a strong visceral reaction was because many women have an entitlement attitude that says they can live however they want and suffer no consequences. They can sleep around, get into huge amounts of debt by going to college (since everyone else is doing it), tattoo their bodies, and still expect a good man to want to marry them because they deserve it and “God’s grace covers all of their sins.”

“The reason so many people got upset at reading the Lori Alexander piece is because upwards of 90 percent of all American singles fail to meet her simple, tried and true standard for maximizing marital success. Rather than take a little humble pill, they are defiant against God and his simple-to-follow rules. They want to equivocate, obfuscate, and make themselves the exception to the rules. It’s totally understandable. We all have that desire.”

Yes, God’s grace covers all of our sins once we believe in Jesus Christ as our Savior but it doesn’t mean that we won’t bear the consequences of our sins. It also doesn’t give us the freedom to continue in sin. All we deserve is hell and damnation except for Christ’s shed blood for us so get the entitlement attitude that is so prevalent today out of your mind. If but for Christ, we would all be lost in our sin without any hope.

I sure had preferences for the man I was hoping to one day marry. I wanted him to be a godly man, a virgin, hard-working, athletic, and taller than me! Was I wrong to have these standards? No! And neither are any of you but you must expect high standards for yourself, too; for we are promised that we will reap what we sow. I asked my husband if he would have wanted to marry me if I had slept around, had high amounts of debt, and tattoos and he said, “Absolutely not!” No, none of us will ever be perfect but some sins are much more destructive to the happiness of a future marriage than others.

Mychael Klajic wrote a well-thought out response to my article. She wasn’t a virgin, had debt, and a tattoo when she married. She clearly understands the consequences of her sin and doesn’t try to hide this fact. We all live with regrets of past actions because sin is destructive. We should never try to minimize sin and say that it is not harmful. It is! We must repent from our wicked ways and seek to live holy lives as His Spirit works mightily within us.

“If you are a typical 30-something girl who had been playing the field in your twenties, the ONLY way you have any chance to marry a high quality, high status man is to humble yourself in the presence of any man you might like to marry, and answer any and all questions he has for you. At any point, he may decide that is too much baggage and walk away.”

Mychael grieves about her past sins and how they affect her today. “In fact, even if you do all that, you will still have the second and third order effects of that life FOREVER. You can never get the pictures of your spouse with someone else out of your mind. You can NEVER really stop wondering if you are being compared. You can mentally control it, and minimize it. But it’s always there. Then there are the children. Someday, they will start asking questions about their step brother’s origin. It breaks my heart to think of that conversation. And it should break my heart.”

For me to teach young women to be virtuous seems to be forbidden in many churches today apparently, as is teaching women to be submissive towards their husbands, silent in the churches, and being keepers at home. Something is so wrong about this! I completely disagree with this sentiment and will continue to teach younger women the ways of godliness because they are good and for their good!

“It matters to your future husband what you did before you met him. Do not pretend that he should just take you with all that baggage because you are sooo awesome. You created most of it yourself. The previous two or three generations of men were conditioned by their baby boomer parents to believe that it doesn’t matter. But the ones under forty have been warned. The party’s over, girls. And Lori’s three markers are a really good way to screen for that stuff. Are you the exception? Who knows? Why should you burden your future husband with the task of figuring it out?”

For God hath not called us unto uncleanness, but unto holiness.
1 Thessalonians 4:7

17 thoughts on “The Entitlement Attitude of Women”