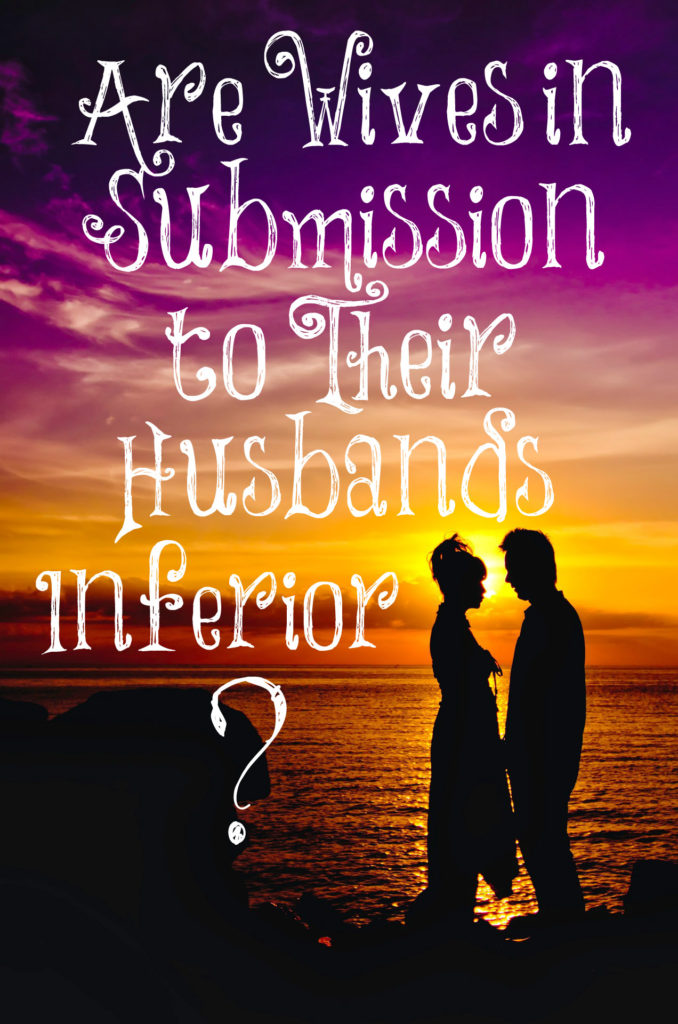 A woman asked John Piper this question and I thought I would take a stab at it since it is what I teach.

“Hello Pastor John, my name is Jennifer and I live on Long Island. I have a question about complementarianism. It is something I have struggled with for a long time, and it is something I need to have worked out before even considering a relationship or marriage in the future. I know the Bible clearly states that men and women are equal in their standing before God as far as salvation. But in other areas of life I still struggle with feelings of inferiority, because of certain comparisons used in the Bible.

For example, regarding submission, the Bible says that the servant is not greater than his master, and wives are called to submit to their husbands as the church submits to Christ. However, servants are not equal to their masters, and the church is not equal in worth to Christ. In almost every area of life, those in positions of authority are considered more valuable than those under that authority. Just like the President is more valued than the secret service men, and in businesses, managers are more valued than the workers under them, and throughout history women have always been treated as less valuable than men. In light of these things, I greatly struggle with feeling inferior in worth to men. Is there something that you might be able to see that I am missing, as I read through Scripture? Thank you.”

When people ask you about something in the Bible, always take it in context. When she mentioned “the servant is not greater than his master” she was assuming that this meant that “servants are not equal to their masters” but what did Jesus actually mean by this statement? Let’s find out in the Word what He meant. “Remember the word that I said unto you, The servant is not greater than his lord. If they have persecuted me, they will also persecute you; if they have kept my saying, they will keep yours also.” (John 15:20) All Jesus was saying here is that because they persecuted Him, they will persecute all who believe and follow Him. We are not greater than Jesus and can’t assume just because they persecuted Him, we won’t be persecuted. So in fact, we are equal to Jesus in how we will be treated!

So many take verses out of context to prove their points as valid when in fact, they prove no such thing. Then she mentions “wives are called to submit to their husbands as the church submits to Christ.” She took this to mean that “those in positions of authority are considered more valuable than those under that authority.” Is this what the Bible says?

“Husbands, love your wives, even as Christ also loved the church, and gave himself for it; That he might sanctify and cleanse it with the washing of water by the word,  That he might present it to himself a glorious church, not having spot, or wrinkle, or any such thing; but that it should be holy and without blemish.  So ought men to love their wives as their own bodies. He that loves his wife loves himself. For no man ever yet hated his own flesh; but nourishes and cherishes it, even as the Lord the church” (Ephesians 5:25-29).

Do these verses support her statement that “those who are under the authority of another are inferior”? Not one bit! In fact, she has been listening to the lies of feminism instead of allowing the Word of God to dwell in her richly because then she would know that the wisdom of this world is foolishness to God.

Are children inferior to their parents because their parents are in authority over them? No! They are just as valued but there always needs to be an authority structure in every single institution on the earth, including marriage, or else chaos will surely reign.

Lastly, she asked, “throughout history women have always been treated as less valuable than men. In light of these things…” Jesus is the one who came to bring value to women, not feminists. They have devalued women because they have made them feel like in order to have value, they need to become men and do what men do instead of finding joy, purpose, and value in who they are in Christ and all the blessings and promises from the Lord and the value of being at home with their children and as a help meet to their husband. In the eyes of God, this has great value because women are raising the next generation and those who don’t have children or aren’t married can do many things that women should learn to do: nurture and care for others. Then when and if they get married, they will be well prepared to nurture and care for their husband and children.

20 thoughts on “Are Wives in Submission to Their Husbands Inferior?”