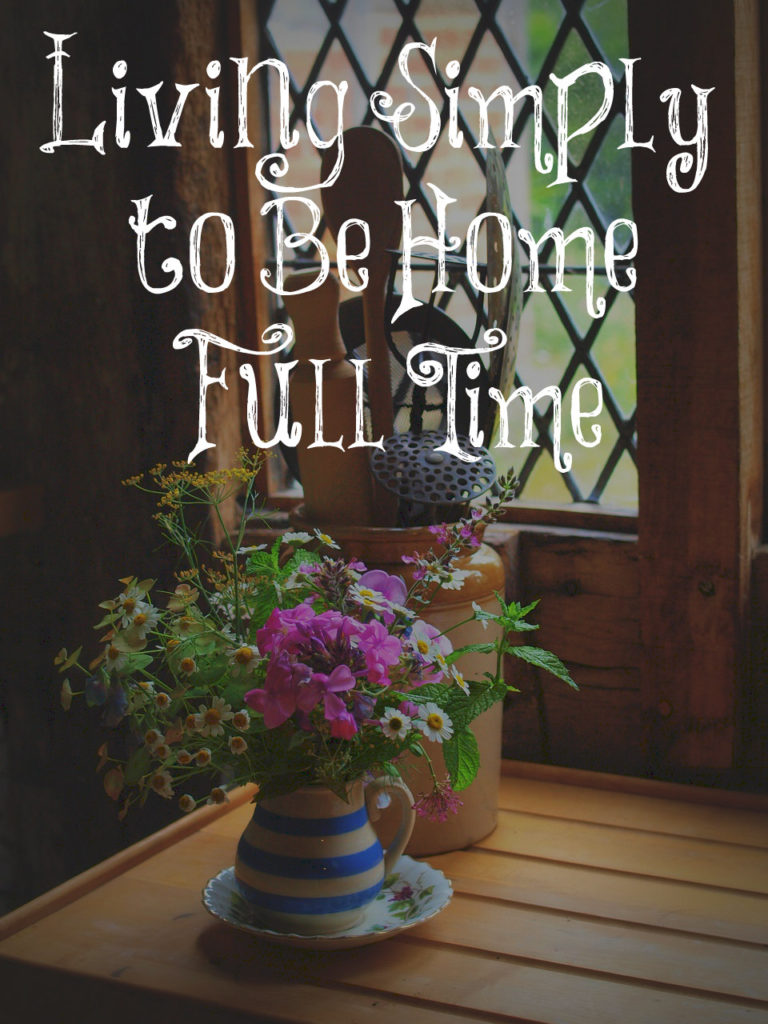 Matt Walsh wrote a post yesterday about Americans being a nation of depressed people. I wrote this comment in response to it: “It’s because we have left our Creator’s design for us. Men were created to be the providers and protectors. Women were created to be keepers at home, help meets to their husbands, and bearing and raising children. Children need mothers who are home full time to raise, protect, train, and nurture them.”

Of course, some agreed and some disagreed. Those who disagreed don’t like to discuss or acknowledge the facts. No, they have to attack and make false accusations against those to whom they disagree with because they despise the ways of the Lord. As an example, one guy wrote about another woman and me: “They don’t get it. Never will. They are blind to facts. They feel cause they can, everyone can. The holier than thou arrogance here is ridiculous.” So we are arrogant because we speak the truth of God’s Word?

But then a woman named Deborah wrote the following and is worthy of a post of its own:

Yes, it is more difficult today to make ends meet. The Socialist Left made the cost of living so high so that mothers would need to leave the home to help provide a living. They indoctrinated the women in the 60s to beat their chest and declare they are equal to men and they began to refuse to keep a home, raise their children, cook, or do any other domestic skill.

They (and men) began to demand the best of everything, clothes, homes, every shiny bauble known to man. They stopped having children in lieu of fancy cars and boats. I was raised by my grandparents the OLD way. We didn’t even have running water in the house, no plumbing, drew water from a hand dug well, GREW OUR OWN MEAT AND VEGETABLES, canned everything to get us through the winter, SEWED OUR CLOTHES, and lived on very little.

WE WERE NEVER HUNGRY. We did not have candy, chips, colas, beer, nor any of the other luxuries of frozen foods, delivery of food, etc. We had NO CAR. We walked to town and carried the bags back. I was quite old when we got our first phone and TV. We plowed the fields with a horse and hand hoed the vegetables. We raised chickens, hogs, etc. for eggs and meat. Poppy hunted for game.

My grandparents were in their late 50s when they took on five grandkids under the age of seven. They didn’t have two nickles to rub together. But we survived and LOVED IT. I wouldn’t trade that life for all the shiny baubles in the world.

What I’m trying to say is that you can do without a lot of things you think you have to have. You can supplement your food with a garden and animals. If your wife doesn’t work, you don’t need two vehicles. Yes, it is more difficult today because the Left wants to destroy everything “family” and everything Christian.

(Directed to men:) You need to get educated so that you don’t have to settle for minimum wage. There is a dire need for the “trades” in this country, such as welders, etc. Women need to get educated so that if something happens to their husband, they can make a living without depending on others for their needs. (I don’t agree with her on this one since getting an education today means accruing a large debt and putting off marriage and children, plus many husbands don’t want to give up their wives’ income when they marry. As believers, we don’t need to live in fear of the “What ifs…?” We need to obey what God has commanded and live in faith of the “But God…!”)

Everything in the right season. Courtship, marriage, THEN CHILDREN, and don’t forget education to support the family. Start your own business. Electrician, plumbers, or whatever you can do, do it and do it well. Minimum wage jobs were never intended to support a family. They were always intended for teenagers to start their work history and make money to support their young years and SUPPLEMENT their family. It was also a place for those who cannot rise higher in society, for whatever reason. My main point is that people don’t have to have the best of everything but you do have to get above minimum wage if you are to raise a family these days.

9 thoughts on “Living Simply to Be Home Full Time”