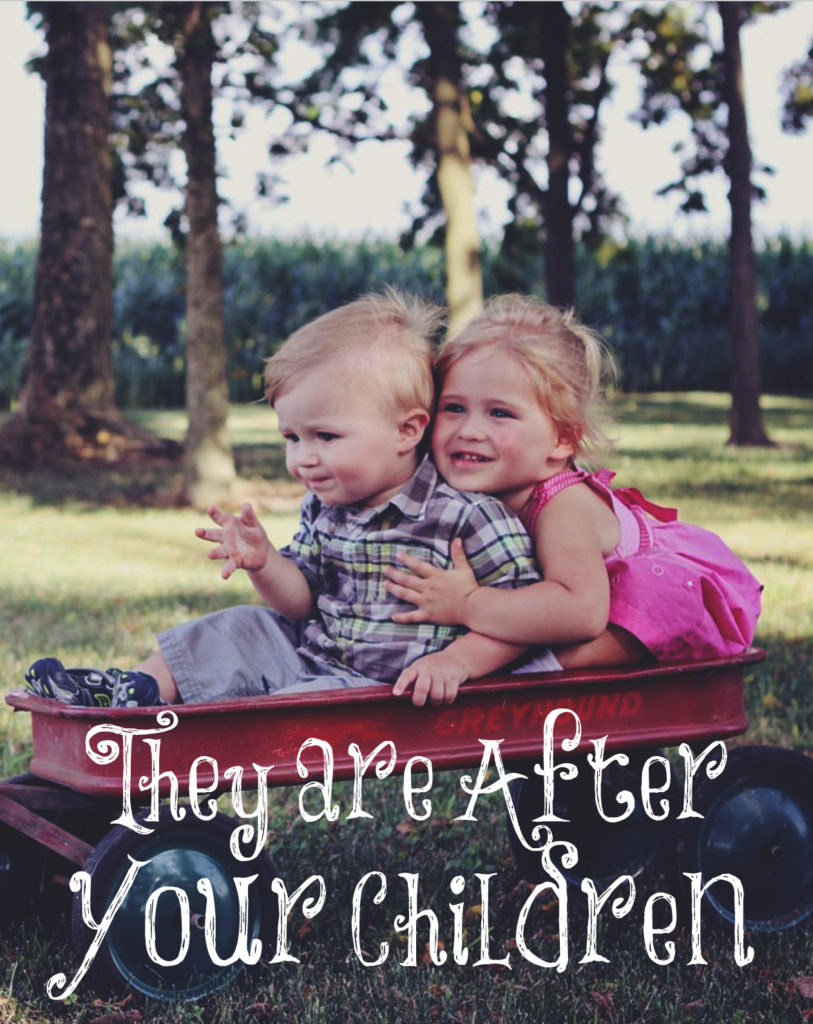 “Gender roles mean nothing and gender is a societal construct that is disappearing” (Dana Janusz). This is what is actually being promoted in our culture these days. There is no male or female. Everyone, including children, get to decide what gender they want to be.

The is the end result of feminism. Women didn’t just want equality with men. They want to be superior to them. Now, it’s come around to bite them. Feminism is reaping its ugly fruit. Biological males can pretend to be women and beat women at their own game: invade their bathrooms and locker rooms, play their sports and beat them handily, and even win beauty contests. This proves that men and women are NOT the same!!! The “transgender” movement proves this 100 percent. 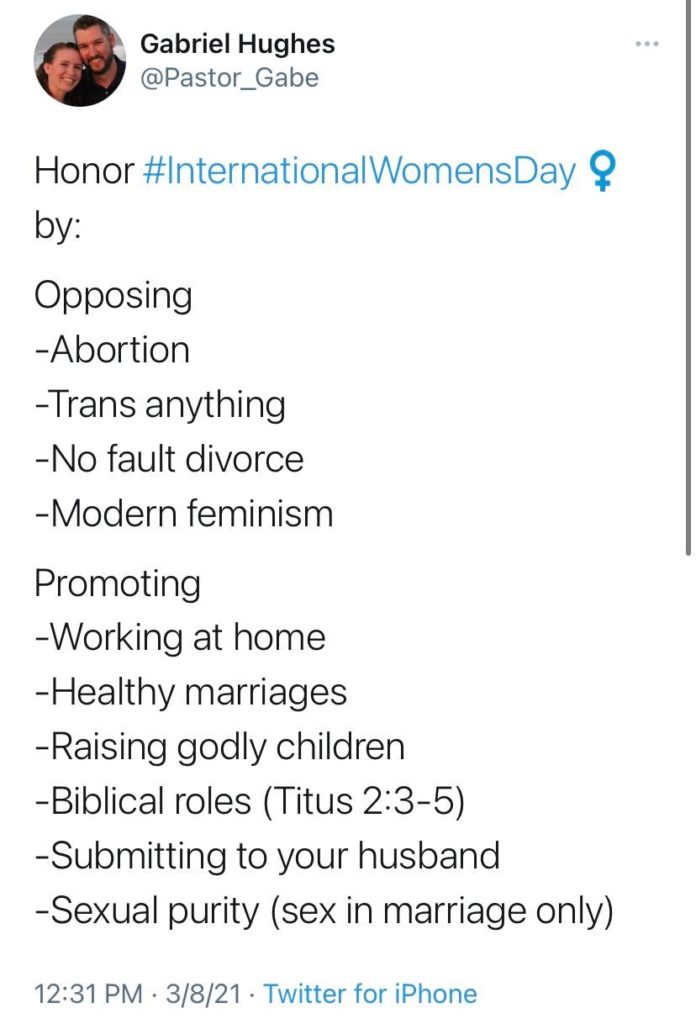 Pastor Gabriel Hughes is a bold pastor. He preaches the Truth. Those who claim to be the opposite sex from what they were created attacked this tweet vehemently and posted that they had reported it to Facebook for hate speech and harassment. I ended up taking it down and crossing off the first part and just leaving the bottom part. Thankfully, someone posted the entire thing in the comment section, so it was all still seen! Truth is the only thing that convicts and changes people.

I post hymns on my Instagram stories every morning. “Our Mighty Fortress is Our God” has become on of my favorites after reading the lyrics which were written by Martin Luther.

A mighty fortress is our God,
a bulwark never failing;
our helper He amid the flood
of mortal ills prevailing.
For still our ancient foe
doth seek to work us woe;
his craft and power are great,
and armed with cruel hate,
on earth is not his equal.

The song goes on to say this:

Did we in our own strength confide,
our striving would be losing,
were not the Right Man on our side,
the Man of God’s own choosing.
Dost ask who That may be?
Christ Jesus, it is He;
Lord Sabaoth, His name,
from age to age the same,
and He must win the battle.

God is on our side!!! He wins the battle. Pray daily for wisdom in raising your children and for protection from the enemy and all who would harm them. Teach your sons to love and appreciate being created male and masculine. Teach your daughters to love and appreciate being created female and feminine. Read the Word of God to them daily, and have them hide it in their hearts. Show them the love and grace of the Lord. Be joyful and thankful for the many blessings that He has bestowed upon you.

And though this world, with devils filled,
should threaten to undo us,
we will not fear, for God hath willed
His truth to triumph through us.
The Prince of Darkness grim,
we tremble not for him;
his rage we can endure,
for lo, his doom is sure;
one little word shall fell him.

This world is NOT our home. It will one day all be burned up and only what we do for Christ will last. Satan will be destroyed with a word from God Almighty. His Word is powerful! Be salt and light in this wicked generation. Live wholly for the Lord and obey Him; for His ways are good and perfect. There is great reward in living for Him!

4 thoughts on “They are After Your Children”